Bitonic from Baarn and Amsterdam is probably the most famous bitcoin broker in the Netherlands. The company has been active since spring 2012 and is happy to share its knowledge and experience with anyone interested in bitcoins. In addition, they have gained a lot of experience in regulation, fraud, investigation and business behind bitcoin. The bitcoins they sell come from their own stock and in the meantime 375,000 bitcoins have been sold. In addition to offering bitcoins, since May 2017 Bitonic has set up its own exchange platform, called BL3P.

In terms of verification, Bitonic is very easily accessible, unlike its competitors. The only thing you need to buy and sell bitcoins is to verify your bank account.

Your purchases and sales should be managed in your own wallet. 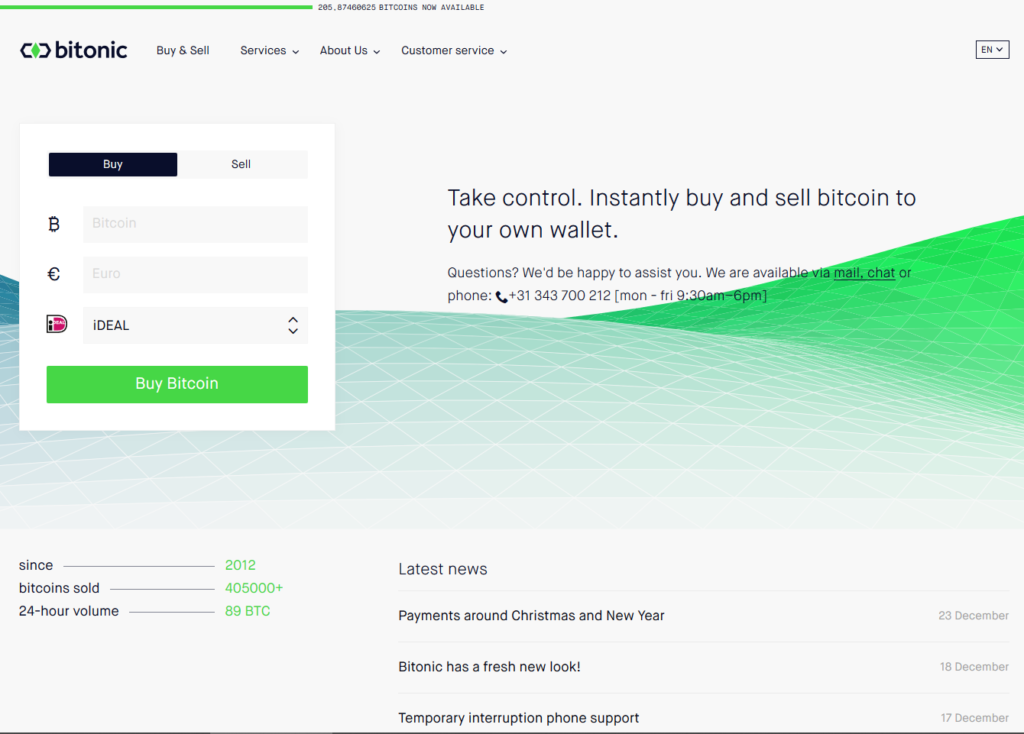 Bitonic, the first bitcoin provider in the Netherlands. A user-friendly broker that is fully focused on privacy and easy access to bitcoin

Compare prices with other providers