NFT is by far the hottest crypto trend of the year, and they will almost certainly be one of the most popular blockchain trends of 2022 as well. What used to be considered a novelty is quickly becoming a multi-billion dollar industry. From crypto investors, through celebrities, to tech giants and well-known global brands, everyone seems to be in love with Non-Fungible Tokens. NFTtokens and crypto are changing different aspects of our lives at a tremendous pace. NFTart is selling for millions of dollars at prestigious auction houses, and experts predict that NFT-games will become one of the most important gaming trends of 2022.

But what exactly are NFTs, what is the relationship between NFTart and crypto, and which NFT crypto projects are worth looking forward to in 2022?

What is a NFT?

What is a NFT? Perhaps the most common question in 2021. The term ‘NFT‘ is short for ‘Non-Fungible Token. The word ‘non-fungible’ may sound complicated, but it means that each NFT token is not replaceable and therefore is completely unique, and each has its own unique value. In other words, some NFTs may be worth $100, but some NFTtokens may be worth $100 million. Anything digital, in the broadest sense, can be an NFT.

Like cryptocurrencies, NFTtokens use blockchain technology. But NFTtokens and crypto tokens are different from each other because they serve a completely different purpose. Typical cryptocurrencies like Bitcoin (BTC) or Ethereum (ETH) are meant to be used as a store of value and means of payment. For example, you can use your bitcoins to pay for goods or services in the same way you would use traditional fiat currencies like dollars or euros.

NFTs are not meant to be used to make payments, so they are not cryptocurrencies. The purpose of NFTs is something entirely different: since each NFTtoken is unique, Non-Fungible Tokens can be collected and traded as highly valuable digital collectibles. One of the reasons why Non-Fungible Tokens are becoming so popular is because they are very similar to traditional collectibles. NFTs can be compared to trading cards, sports memorabilia, autographs, or works of art such as paintings and sculptures. In practice, NFTtokens are almost exactly the same as these well-known rarities, with the only difference being that they are stored in a digital form on the blockchain.

Nyan Cat .gif sold for a lot of money as an NFT.

What are NFTs used for?

Some people believe that NFTart are just very simple 2D images, but NFTart can be much more complex and sophisticated. Of course, many popular NFT collections are just 2D images, and their main use case is used as profile pictures on social media.

However, NFTs can be much more complex because almost anything can be put on the blockchain as an NFTtoken. In other words, NFTtokens don’t have to be just basic images – they can also be videos, music files, or complex digital items that can be used in NFT games. Some NFTtokens can also be interactive, and Non-Fungible Tokens that are images can come in either 2D or 3D form. There are almost no limits to what NFT crypto technology can do!

The concept of NFTs is constantly evolving, so it is hard to say what the NFTs of the future will look like. Many blockchain experts believe that combining NFTart and metaverse will make Non-Fungible Tokens much more immersive by using technologies such as VR (Virtual Reality) and AR (Augmented Reality).

NFT and Crypto – What is the difference?

NFT and crypto are similar because both NFTs and cryptocurrencies are built on the blockchain. However, NFTs and cryptocurrencies are also very different because they use different standards and usability. The most popular crypto token standard is called ERC-20, which is used by a large number of popular altcoins that use the Ethereum blockchain. ERC-20 are simple tokens that are mainly used as typical currencies within an ecosystem – for example, they can be used to pay for in-game accessories.

The first NFTtokens ever created were also built on the Ethereum blockchain, but they used a different token standard called ERC-721. Each ERC-721 token is unique, so they are not meant to be digital currencies – instead, they are digital collectibles. Standard crypto tokens can be compared to traditional fiat currencies. In other words, 10 AAA tokens in your crypto wallet are worth the same as 10 AAA tokens in someone else’s crypto wallet – similar to how €10 in your wallet is worth the same as €10 in someone’s bank account.

With NFTtokens, the situation is completely different. Some NFTtokens are not worth much. However, if an NFT is particularly rare or looks cool, it can even be worth millions of dollars through a good mix of scarcity and hype!

NFTs began as simple collectibles, but as they became more sophisticated and complex, they gained the potential to successfully disrupt billion-dollar industries. Although NFTart are among the most expensive Non-Fungible Tokens, the NFT technology as a whole has influenced the gaming industry the most to date, and NFT games have become massively popular. The potential of combining NFTart, crypto and gaming is limitless, and NFT games are now one of the fastest growing crypto and blockchain projects on the market. But what exactly is the appeal of using NFTtokens in video games?

In the case of NFT games, in-game items are fully functional NFT tokens. This means that they can also be transferred to a crypto wallet, or sold on an exchange. In other words, players of NFT games can enjoy the ‘play to earn’ model of gaming, and they are eligible to earn money by selling rare NFTs they acquired by doing quests in the in-game world. Axie Inifity is the most famous example of this and continues to gain popularity. But the most popular NFT platforms are not games, but marketplaces. Platforms like Opensea.io and VeVe.me are to NFTart what exchanges are to crypto – they allow NFT collectors to find interesting NFTart projects and buy or sell valuable NFTs.

Which NFT Crypto projects are the most popular?

The history of NFTtokens begins with CryptoPunks – a collection of simple pixel art characters called ‘punks’ launched in 2017. Originally, no one thought that CryptoPunks and NFTs in general would ever become valuable, so the first CryptoPunks were distributed to people for free – anyone with an Ethereum wallet was eligible to receive one.

Today, CryptoPunks is still one of the most popular and valuable NFT collections on the market. In 2021, many CryptoPunks were sold for millions of dollars – the most expensive one called ‘COVID Alien’ was auctioned for an incredible price of almost $12 million! Another very popular NFT collection is called CryptoKitties. CryptoKitties was also the first NFT collection with elements from a video game, as it not only allowed people to collect virtual pets, but also to breed them, with many different characteristics. 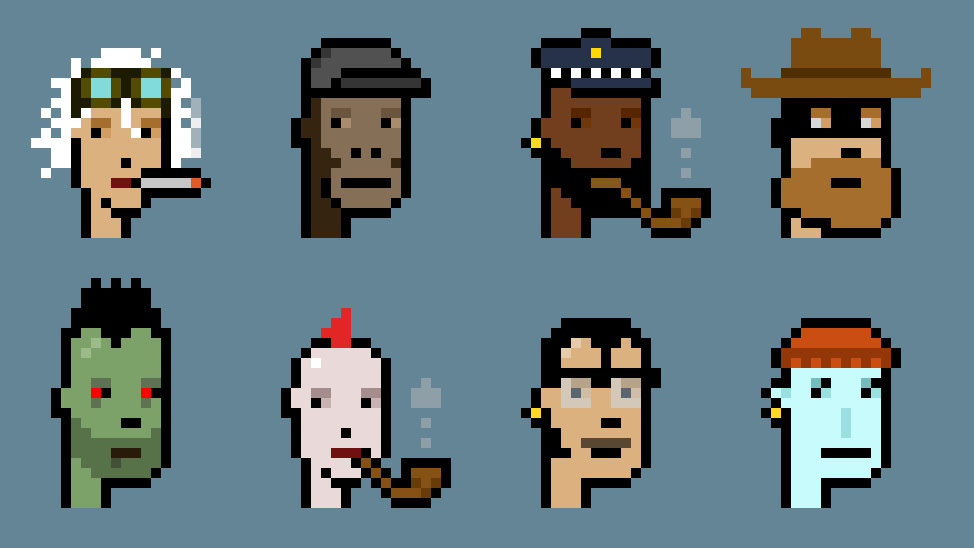 Nowadays, many globally known brands release their own NFT collection. The best examples are two projects called NBA Top Shot and Sorare. NBA Top Shot is a collection of basketball NFTtokens, and Sorare is a collection of licensed soccer NFTs. However, when it comes to the most valuable NFTs ever, the Non-Fungible Tokens that sold for the highest amounts are not even part of a collection – they are usually completely unique works of NFT art created by professional digital artists.

So far, the most valuable NFTart of all time was sold on March 11, 2021 for over $69 million. NFTart called ‘Everydays: The First 5,000 Days’ created by digital artist Mike Winkelmann, also known as Beeple, was sold for $69 million at the famous Christie’s auction house, which contributed massively to the rise in popularity of NFTs. The next step in the evolution of NFT tokens are NFT games. Games like Decentraland and Axie Infinity are already the most popular NFT crypto projects on the market, and combining NFTart, crypto and metaverse will likely remain the most influential NFT trend of 2022.

NFT – Non-Fungible Tokens are already one of the most popular applications of blockchain technology, but the popularity of NFTs continues to grow at a rapid pace. According to estimates, NFTs could become a huge industry by 2022 with a total market cap of over $1 trillion! But NFTs aren’t just growing in price – they’re also constantly evolving. Non-Fungible Tokens of today are not just simple 2D images. They are highly interactive and immersive, which is why they can appeal to so many people. As technologies like the metaverse also gain significance, NFTs are guaranteed to continue to disrupt multi-billion dollar industries. Today almost everyone in the world has an email account – perhaps in the near future everyone on the planet will own NFTs?