0x (ZRX), pronounced Zero x, is a protocol that allows decentralized exchange of tokens and assets on the blockchain of Ethereum. Developers can use 0x to create their own cryptocurrency exchange applications with a wide range of features, for example the ability to trade over-the-counter tokens issued on the Ethereum blockchain. The ZRX token is used by developers to transfer commissions. In addition, the tokens are also used to implement a decentralized management of the blockchain protocol update mechanism, allowing the replacement and improvement of the underlying smart contracts. As latest is called ‘relayer’. 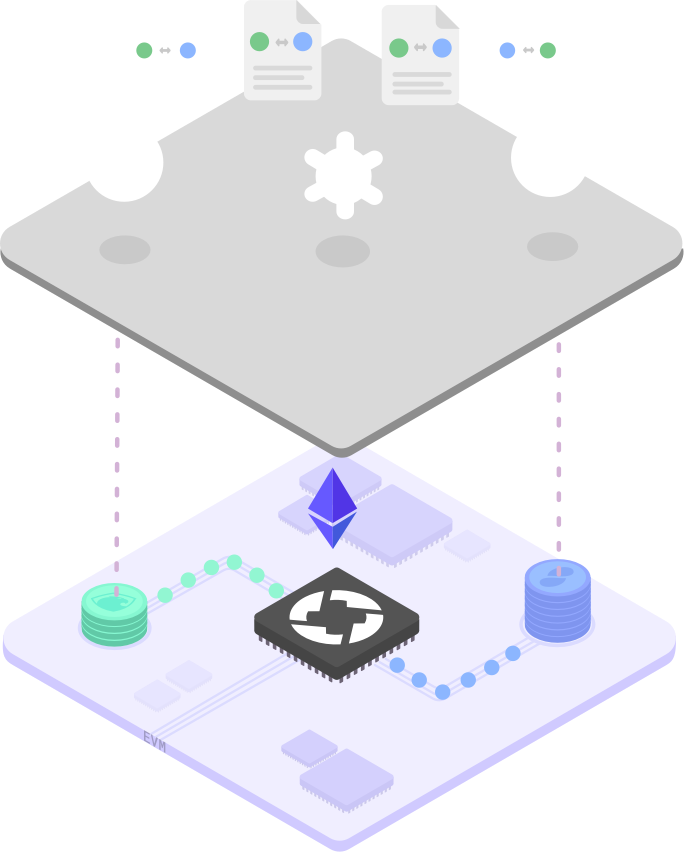 A relayer is a party or entity that hosts an off-chain order book. They offer a way for users to add, delete and update an order book via an API, GUI or both. By doing this, relayers help traders discover counterparties and cryptographically signed orders between them. Once two parties agree on the terms of an order, the order is handled directly on the Ethereum blockchain via the 0x protocol.

“Create a tokenized world where all value can flow freely.“

0x is the critical infrastructure layer in the emerging financial stack, built on a foundation of Ethereum token standards. Developers who need exchange functionality for ERC 20 tokens, ERC 721 tokens or any new type of asset can easily integrate the 0x protocol into their application.

Since the launch of 0x v1 in August 2017, the team has grown from six to fifteen team members. The team behind the decentralized exchange protocol 0x has raised $24 million of ether, the cryptocurrency of the Ethereum network, in an Initial Coin Offering (ICO). The token sale took place between August 15 and 16, 2017 and was collected from a group of 12,000 backers.

In September, v2 of the 0x protocol was launched. Will Warren, CEO, shared the following:

“We are incredibly excited to announce that we have completed mainnet testing for 0x protocol v2.0! After over a year of development, and numerous rounds of internal and external security audits, we are confident that this new system of Ethereum smart contracts is one of the most highly vetted systems on the Ethereum blockchain. “

The new version of the protocol provides further depth in modules and extensibility, allowing developers to further develop its applicability. By communicating the mission, vision and core values of the organization externally, they hope to give the community a stronger sense of why they work at 0x today.

0x (ZRX) recently came big in the news. It was added to Coinbase’s portfolio in October 2018. The listing was unique and caused a price increase, because it was the first token Coinbase offered on their platform. Not much later Basic Attention Token (BAT) followed a listing on the exchange.

All providers of 0x