Luno (formerly BitX, started in Africa and rebranded in January 2017) is a global platform for crypto trading. The company was founded in 2013 and Bitcoin is the most important crypto they offer on their website. Besides Bitcoin they also offer the crypto Ethereum. With both crypto they have already processed more than a billion dollars in transactions, by more than two million people in 40 countries.

Initially, BitX only wanted to provide African citizens with Bitcoin with the BitX app for mobile devices. They saw a gap in the market, because many people on the continent only work with mobile phones. The reason for this was because they did not have computers or bank accounts to use local fiat transactions. In addition, African national currencies are at risk of hyperinflation, which has led to a platform as BitX quickly becoming popular at the time.

The main one is that Bitcoin can be sold, bought, sent and received directly at low transaction costs. According to the company, the platform only uses modern banking technology and regularly checks audits and finance and technology. In September 2017, the company raised $9 million in capital injection to also conquer the European market.

The company currently has three offices around the world, one in London, one in Singapore and its headquarters in Cape Town.

Luno deserves a place on CoinCompare, due to the possibility of depositing money in the user-friendly wallet with iDEAL and they perfectly support the Dutch language. In terms of communication and company information (e.g. employees) they are extremely transparent compared to the competition.

“The Luno team comes from a wide range of backgrounds in engineering, finance and industry, but all united in our passion to revolutionise the way people use money. Most of our team have lived in or worked across many different countries, speak multiple languages, and have successful track records working at top global companies such as Google, Amazon, Morgan Stanley, Barclays and Ernst & Young.” 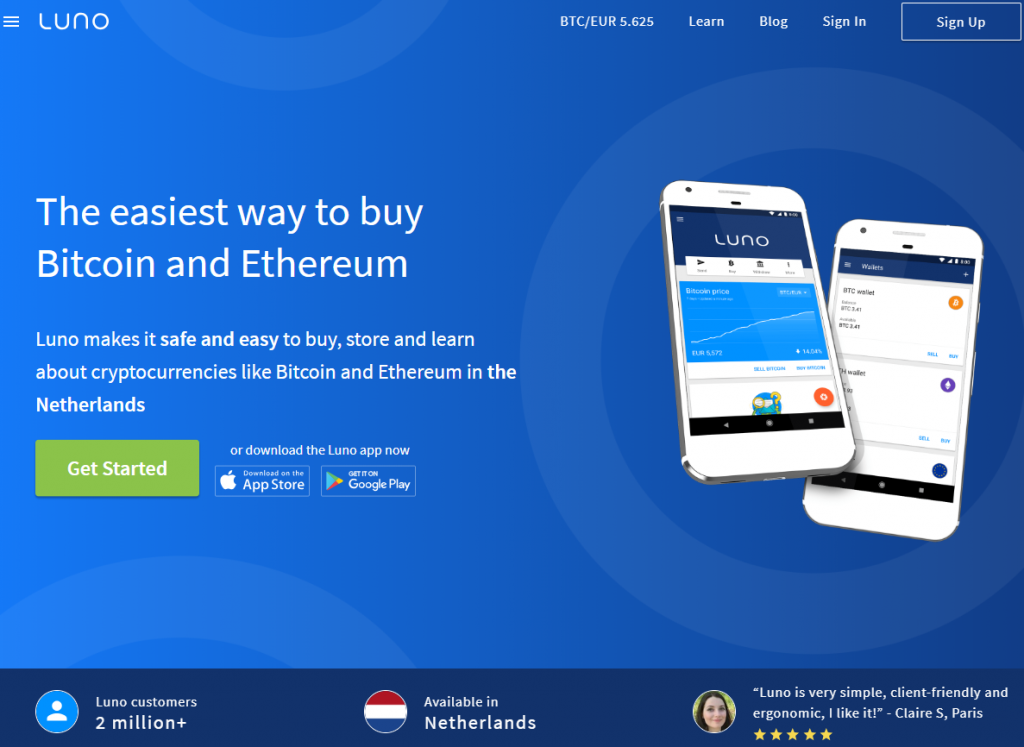 Are you new to the crypto world? Luno offers for beginners a learning portal where it is possible to gain basic knowledge and enrich your journey.

Four verification levels are used that have their own deposit and withdrawal limits:

Your purchases are sent directly to your Luno wallet. The wallet can be accessed and tracked via the web client or via the mobile app (iOS and Android). It is also possible to sell via the client and app.

Costs for sending, receiving, withdrawal, deposit and trading costs can be found here.

Luno is a user-friendly broker with millions of users worldwide, but with not a lot of variety and expensive prices

Compare prices with other providers