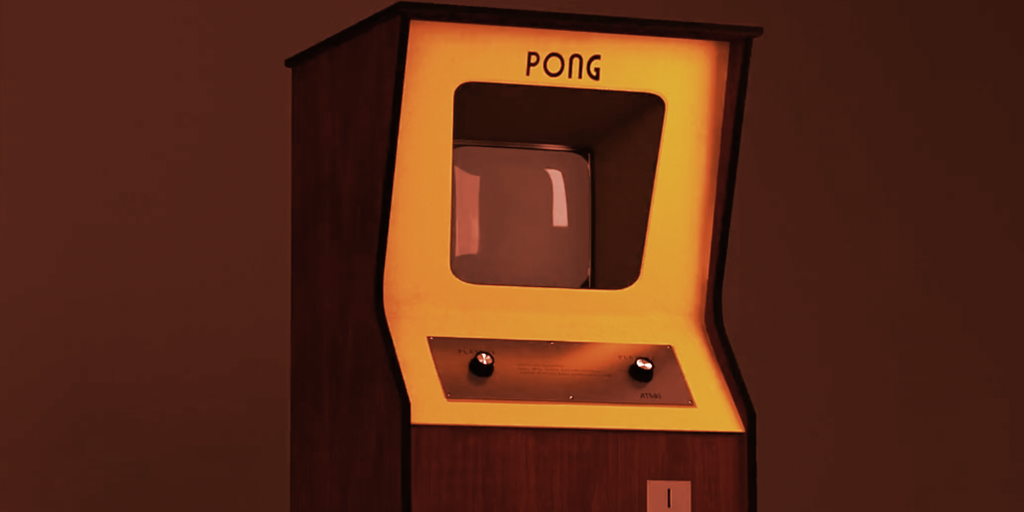 As the founder of legendary video game company Atari, Nolan Bushnell helped bring arcade gaming to the masses. And now with the advent of NFTs, he plans to bring some of those formative early machines into homes as digital, augmented reality collectibles.

Today, Bushnell and NFT marketplace MakersPlace announced The Arcade OG Series, a set of Ethereum-based collectibles. An NFT is a token that can be used to prove ownership of a verifiably scarce digital item—in this case, a video clip displaying a 3D rendering of an Atari “Pong” or Syzygy (Bushnell’s Atari precursor) “Computer Space” arcade game cabinet.

Each Arcade OG Series collectible is more than just a simple video clip, however: it also comes with an augmented reality experience that lets you view the 3D rendering of the arcade cabinet within any real-world space. Owners will be able to drop the digital cabinet into place and then walk around it, viewing it up-close from all angles.

Augmented reality experiences typically use your smartphone or tablet’s cameras and sensors to display your real-world surroundings with digital elements on top. Some mobile apps use the technology for interactive games and shopping experiences. NFT marketplace Veve—which works with brands like Marvel and Star Trek—also offers 3D “digital statues” that you can view on a screen set against your real-world backdrop.

The 'godfather of video games' @NolanBushnell, founder of Atari, has teamed up with VFX specialist @zaiortiz_ to reinvent the first two Bushnell games ever made.

The Arcade OG Series is a collaboration between Bushnell and artist Zai Ortiz, a 3D designer who worked on films like “Iron Man 2” and “Tron Legacy,” as well as video games. The pair previously partnered on “St. Noire,” a murder mystery board game powered by Amazon’s Alexa voice assistant.

The NFT project spans five different collectibles, each depicting a different arcade cabinet. According to a report from Bloomberg, some of the NFTs will be available in open editions for anyone to purchase at a fixed price during the available time frame, beginning on October 12.

Meanwhile, others will be single-edition collectibles that are auctioned to the highest bidder with bonus perks included. For example, a single-edition red “Pong” NFT will be paired with a visit with Bushnell to the Two Bit Circus arcade and entertainment center in Los Angeles, while a yellow “Computer Space” NFT will come with a signed and unopened Atari 2600 game console.

Bushnell plans to further explore the NFT space with future projects, telling Bloomberg, “I hope we can blow your socks off every six months with a new sock-blower-offer.”

Atari’s logo is featured on the NFT project’s official website, although the classic gaming brand’s level of involvement is currently unclear. Decrypt has reached out to MakersPlace for clarification on that point and other details. We will update this article if we hear back.

Since last year, Atari has charted its own course throughout the crypto world, launching a number of initiatives including the Ethereum-based Atari Token and an array of licensed NFT collectibles. The brand also announced plans to launch an online cryptocurrency casino and new crypto-tinged versions of classic games, the latter in partnership with Animoca Brands.

However, Atari’s crypto plans may have pivoted. Recently, the Atari Token Twitter account is primarily focused on an upcoming Atari 3D online metaverse experience called Alphaverse. Meanwhile, at a current price under $0.06, the Atari Token has shed nearly 93% of its value since peaking in May, per data from CoinGecko. Unlike many top cryptocurrencies, Atari Token has shown no sustained sign of rebounding from the market-wide summer slump.

In its latest annual results report from August, Atari called the fiscal year ending on March 31, 2021 a “transition year,” and said that it had generated more than $1 million in sales from NFTs on partnered platforms. The firm plans to launch its own video game-centric NFT marketplace as well.