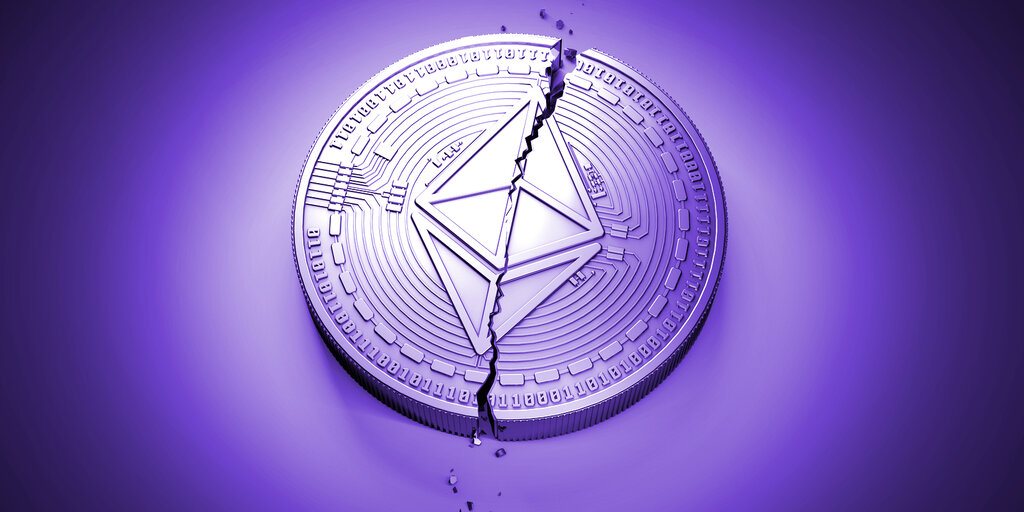 A double-spend attack means that the same cryptocurrency is spent twice, essentially turning a cryptocurrency into a counterfeit, inflating the asset and lowering its value.

The bug in question is only present in older versions of the client, or those that came before the Geth v1.10.8 update. The update is also called “Hades Gamma.”

PSA: On Tuesday Aug 24th, Geth will issue a hotfix to a high severity security issue. Please make any necessary preparations to upgrade to the upcoming release (v.1.10.8). #ethereum #geth

An Ethereum client is a piece of software that users can download to verify transactions on the network. This software is used to run nodes, and the more nodes a network has, the more decentralized it is. The Bitcoin network has the most nodes at 11,858, according to Bitnodes.

At the moment, there are 5,289 Ethereum nodes. Of that sum, the Geth client is the most popular software at 3,947 users.

With 74% of the Ethereum network using the Geth client, and 73% of those users (2,858) using older versions of the Geth client, today’s bug has raised alarm bells among many in the crypto community. More than half of all nodes on Ethereum are affected by this bug.

While the bug was identified last week, and the Hades Gamma update was made available starting Tuesday, today’s chain split indicates that many users had yet to update their clients.

The developer team behind the client, Go Ethereum, announced today that “the issue was resolved in the v1.10.8 release announced previously.” They again urged those using older clients to update.

A chain split has occurred on the Ethereum mainnet. The issue was resolved in the v1.10.8 release announced previously. Please update your nodes, if you haven't already!

Not the first Ethereum split

The Ethereum network has suffered similar forks in the past.

In April, the second-largest Ethereum client, Open Ethereum, suffered a bug in which the clients were not syncing with the network. This meant that nodes running this client were unable to use the blockchain until the error was fixed.

How a Dormant Bug Briefly Split the Ethereum Blockchain

Ethereum forked again in November 2020 as users of Geth again failed to update their nodes following a key update. In each of these prior instances of a chain split resulting from nodes failing to update their software clients in time, the issue was resolved once users successfully updated their software.

Meanwhile, the price of ETH appears unaffected by today’s controversy.

The cryptocurrency is up 3.7% over the past 24 hours and is currently trading hands at $3,243, according to CoinGecko.