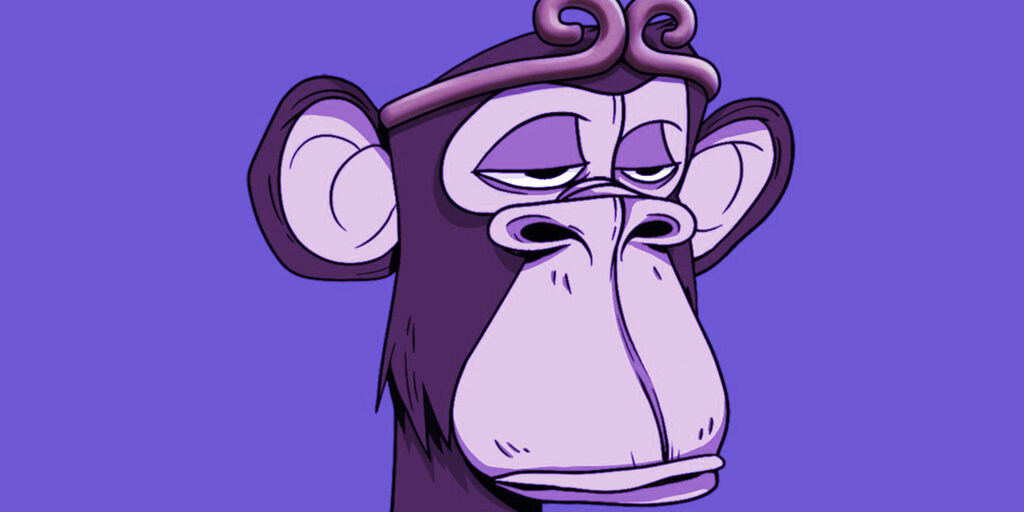 The market for NFTs hit new peaks in August, including Ethereum-centric marketplace OpenSea surpassed $3.4 billion in trading volume for the month—a 950% increase over July, and more than 140 times the amount for all of 2020 combined. However, wider market momentum has eased up so far in September.

NFT trading volume has fallen sharply over the last week-plus, data shows, as top marketplaces cool off and leading collections like CryptoPunks and Art Blocks have seen significantly less movement.

Current market activity is still well above that of the early summer lull, but the recent downturn may suggest waning enthusiasm for pricey digital collectibles, particularly amidst surging Ethereum transaction fees and sinking value for leading cryptocurrencies.

Over the weekend, OpenSea recorded nearly $107 million worth of Ethereum trading volume across Saturday and Sunday combined, according to data from Dune Analytics. Compare that to $274 million worth of trading in the same span the previous weekend, on September 4-5.

OpenSea’s daily trading volume over the past week has averaged about $84 million worth on Ethereum. The cryptocurrency market has been widely down over the last seven days, as well, with CoinGecko showing a price decline of 18% for Ethereum and nearly 14% for Bitcoin.

August 21 was the first day that OpenSea amassed more than $100 million of trading volume in a single day, and it began a streak of such days that lasted through September 7. OpenSea set its current single-day record of nearly $323 million of Ethereum trading volume on August 29.

Currently, the marketplace has over $1.46 billion worth of Ethereum volume so far in September. That’s still well more than OpenSea logged between January and July this year combined (about $959 million in total). OpenSea will need to average more than $115 million in volume per day for the rest of the month to beat its towering monthly record from August.

An NFT acts like a deed of ownership to a digital item, and popular NFT collections take the form of randomized profile pictures, sports video highlights, generative artwork, and interactive video game items. Other use cases are possible, as well, such as NFTs representing event tickets, music compositions, or ownership of physical items.

Leading NFT collections have similarly seen significant declines over the last week. Ethereum-based game Axie Infinity’s trading volume is down 10% over the past seven days, according to CryptoSlam, while leading profile picture project CryptoPunks is down 51% over the same span. Both of those collections trade on their own bespoke platforms outside of secondary marketplaces like OpenSea.

Likewise, fellow Ethereum-based projects are down over the last week, including Bored Ape Yacht Club (62%), Loot (89%), and Art Blocks (78%), per data from OpenSea. The average respective sale price for each of those projects has declined over the last week, as well. Meanwhile, Solanalysis shows an 18% drop in seven-day volume for NFTs minted on the Solana blockchain, compared to the previous period.

The wider NFT market ballooned near the start of 2021, yielding $2.5 billion worth of trading volume in the first half of the year, although momentum and buzz around NFTs appeared to ease up in late spring and early summer. Activity surged again in late July and throughout August, prompting new peaks for many popular NFT projects and marketplaces.

Although the market has largely eased off of its late August peak, it’s hardly doom and gloom. For example, individual NFTs still command sizable sums. On Sunday, a single CryptoPunk sold for 2,000 ETH ($6.6 million), and last week, a Bored Ape Yacht Club NFT sold for 740 ETH ($2.9 million) to the makers of the Ethereum-based game, The Sandbox. A single NFT in the popular Art Blocks Fidenza project sold for 437.5 ETH ($1.56 million) last week, as well.

On both Ethereum and Solana, anecdotal evidence suggests that select NFTs from top collections are still fetching significant sums. However, entry-level (or floor) prices are dropping, even for popular projects, while less in-demand or lower-quality projects are losing momentum and contributing to the sizable dip in overall trading volume.

That said, new collections are still dropping and racking up significant sums of trading volume. Per data from OpenSea, CrypToadz by Gremplin has amassed $17.7 million worth of ETH since launching last week, while Sneaky Vampire Syndicate has generated over $12.5 million in trading volume since debuting yesterday. Both are Ethereum-based projects.

Meanwhile, NFT artwork platform Foundation is on pace to beat its August tally of $17.5 million in trading volume, per Dune Analytics, with $9.1 million generated so far in September.