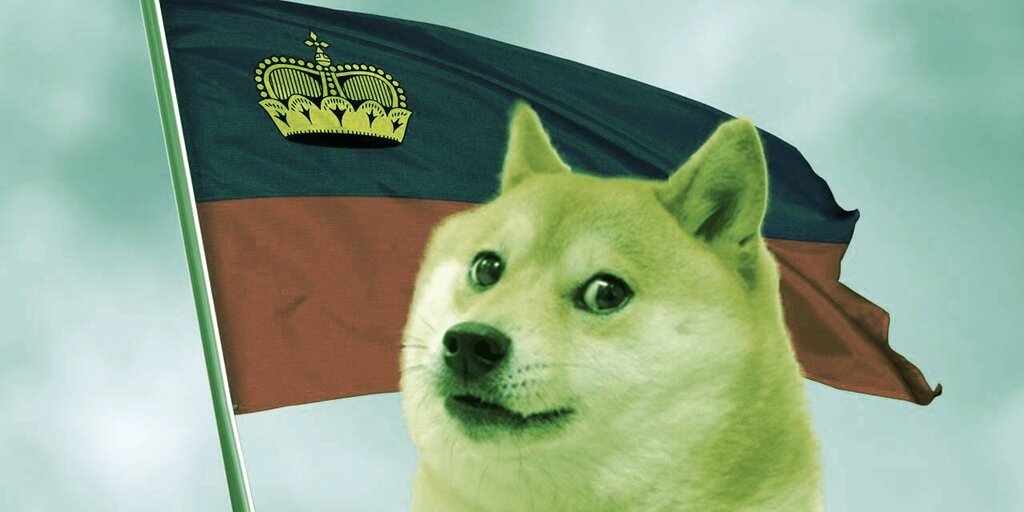 The newly revived Dogecoin Foundation—which now numbers Elon Musk’s representative Jared Birchall and Ethereum co-founder Vitalik Buterin among its advisors—looks set to be headquartered in Liechtenstein, the core team behind the meme cryptocurrency has revealed exclusively to Decrypt.

“We are currently in talks with people in Liechtenstein to establish a long-term legal entity there,” said Dogecoin Foundation board member Jens Wiechers. He added that Buterin, who helped establish the Ethereum Foundation in Switzerland, had already given the team “extremely valuable” advice on the process involved.

Wiechers explained that, while the foundation has existed as a non-profit in the U.S. since 2014, recent developments around open source and the treatment of cryptocurrency nonprofits or charities had ruled out basing the foundation in the U.S. in the long term. Liechtenstein, on the other hand, has remained “incredibly crypto-friendly,” and, as a member of the European Economic Area (EEA) would give the foundation “flexibility to operate with other European organizations.”

The Dogecoin Foundation manifesto was published on Sunday, and declared its ambitious goal: to develop “a currency for the people.”

The team’s plans are nothing less than to make the cryptocurrency—which started out as a joke—a viable payment method, one that can routinely be used to buy a cup of coffee.

Musk has been advising the team on how to achieve this goal since 2019, as Decrypt exclusively revealed in May, and a foundation with legal status which provides a structure to hire the full-time staff needed for such a process is key.

The Dogecoin Foundation has two principal aims: to provide a structure to hire full-time staff to work on the cryptocurrency, including engineers, and to protect the Dogecoin brand.

“The foundation serves as an embodiment of Dogecoin in order to allow advocacy, support, and defense of Dogecoin to occur,” foundation board member and core developer Michi Lumens told Decrypt.

Recently,  as Dogecoin has gained popularity, “numerous attempts have been made to co-opt the ‘Dogecoin’ brand in various jurisdictions, in ways that would prevent the community and the project itself using them,” said the team in a statement announcing the newly revived foundation.

Since 2014, Wiechers, a data science and design consultant based in Cologne, has single-handedly fought off attacks on the brand on behalf of the Dogecoin Foundation at his own expense. This will now be handled via funds made available through the Foundation.

And, in the coming weeks, new projects are set to be announced that will “enable faster integration,” according to the team.

But the biggest impact of the Dogecoin Foundation is likely to be its role in nurturing the project’s development and ensuring that a cryptocurrency now worth $38 billion now finally has a full-time team.