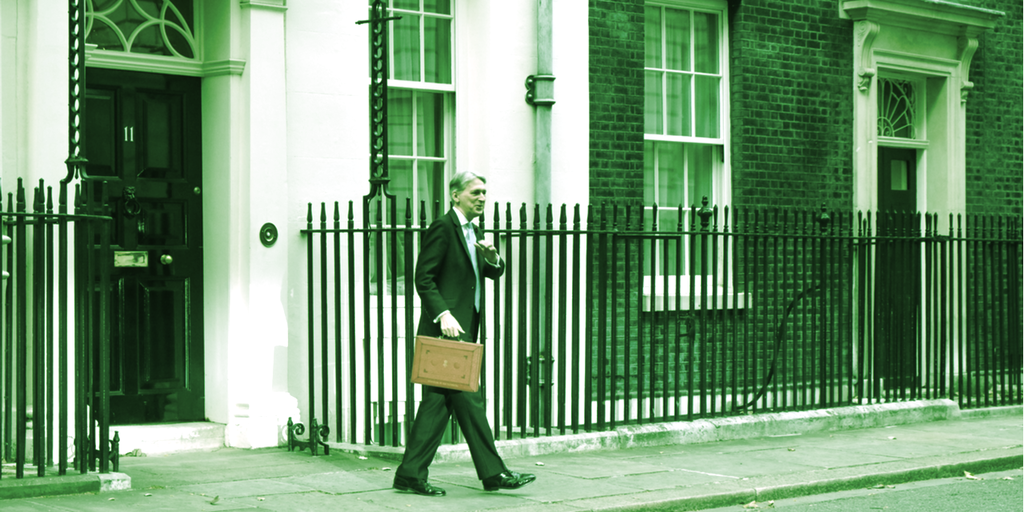 Cryptocurrency firms have long called for more regulatory certainty from governments, while also making it known that any government rules should be favorable to their industry. Since many jurisdictions still cast a wary eye on the upstarts, crypto companies have employed a classic tactic: hiring former regulators and legislators.

The latest instance is Philip Hammond, who served as U.K. Chancellor of the Exchequer under former Prime Minister Theresa May from 2016 to 2019. He’s joining U.K.-based digital asset custody startup Copper as a senior advisor.

The chancellor fills roughly the same role as treasury secretary in the U.S.; this, then, would be analogous to Steven Mnuchin coming aboard rival crypto custodian Anchorage.

According to a company press release, Lord Hammond will advise the company as it uses $75 million in Series B funding to expand into North American and Asian markets. Copper, which allows institutional investors, banks, hedge funds, exchanges, and others trade their assets from cold storage without having to worry about security on exchanges, has been making the rounds recently. It’s been a major sponsor of both the recent SALT New York investing conference and last month’s Messari Mainnet, as it looks to build name recognition and bolster a client list that includes Algorand, decentralized finance network Radix, and liquidity provider Keyrock.

Honoured that former UK chancellor @PhilipHammondUK has joined Copper as a Senior Adviser.

Lord Hammond's presence will champion our collective vision of bringing DLT to the fore and driving global finance towards transparency, democratisation & digitalisation. pic.twitter.com/qFdf1dcR3W

Lord Hammond called the company “a true pioneer of digital asset investment technology” and implied his appointment could jumpstart the company’s global ambitions: “If we can bring together the best of Britain—entrepreneurs, industry, government, and regulators—to create and enable a blockchain-based ecosystem for financial services, we will secure the UK’s global leadership in this field for decades ahead.”

In August, crypto custody company Fireblocks added former SEC Chairman Jay Clayton to its advisory board. SEC Division of Corporation Finance Director Bill Hinman, who famously created the “sufficiently decentralized” rubric for determining if crypto assets are securities, left the agency last October only to wind up as an advisory partner at crypto-heavy venture capital firm Andreessen Horowitz this June.

Not all of them have stuck, however. Brian Brooks parlayed a stint as U.S. Comptroller of the Currency into the CEO position at exchange Binance US before abruptly resigning three months later. The relationship reportedly unraveled as Brooks sought to more thoroughly separate the American affiliate from its fired-upon mothership in order to steer into sound regulatory waters, only for Binance CEO Changpeng Zhao to order a change in course.

Christopher Giancarlo, former chair of the Commodity Futures Trading Commission, joined the board of crypto lender BlockFi in April. Just over four months later, as the startup attracted scrutiny from state securities regulators, Giancarlo stepped down with immediate effect to instead “provide strategic counsel to the firm in an advisory role.”

The overall state of crypto’s regulatory relationships in the U.S. and U.K. remains rocky. President Biden, for instance, has nominated a prominent critic of the crypto industry to serve as OCC head. If confirmed, she may set out to reverse the industry-friendly rules Brooks set in place. That included allowing banks to custody digital assets and mint their own stablecoins.

On the other hand, the administration has paused other, far less favorable, rules floated in the dying days of the Trump administration that would have brought digital assets in line with the Bank Secrecy Act. Biden is reportedly planning an executive order directing federal agencies to research cryptocurrency and provide regulatory recommendations.

The U.K., meanwhile, through the Financial Conduct Authority, has been continuously sounding the alarm for investors on cryptocurrency. FCA Chair Charles Randell last month suggested regulators make it more difficult for crypto to be used in financial crimes. But he added that regulators must consider how to support innovation and where to draw the line between investor freedom and consumer protection.