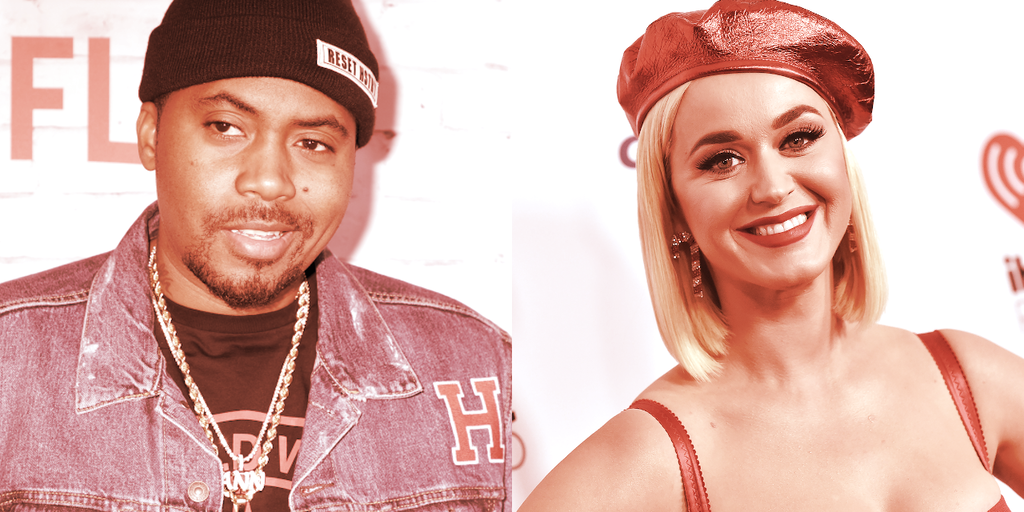 The cryptocurrency-driven music service Audius aims to offer a hybrid of streaming giant Spotify and sharing platform Soundcloud, and its star has risen in recent months via integration with TikTok and new NFT features.

Now popular musicians including Katy Perry, Nas, and others have officially come onboard via a new investment round.

Many of those artists have already taken steps within the crypto industry. Shinoda, for example, already uses Audius to showcase his NFT collectibles (alongside Disclosure), and has released his own NFTs to fans. Rapper Nas was an early Coinbase investor, The Chainsmokers have invested in various crypto startups, and Derulo is an investor in licensed NFT startup Recur.

“I’ve known that blockchain will change the world since I invested in Coinbase five years ago and I believe it might be the most important technology to ever hit the music industry,” said Nas, in a release. “Everyone who uploads to Audius can be an owner, you can’t say that about any other platform.”

Sound Ventures, the VC firm founded by Ashton Kutcher and Guy Oseary, also participated in this round, alongside former Sony Music CEO Martin Bandier and other music industry investors. All told, Audius has now raised $14.85 million in disclosed funding across multiple rounds since 2018.

Audius acts like a music co-op of sorts, with decentralized network model in which users can earn AUDIO crypto token rewards for supporting the network. Songs uploaded to the service also have a timestamped record of origin, since it’s all done on a blockchain.

Audius was founded on Ethereum via a sidechain called POA Network, but has also recently implemented blockchain network Solana as well. The platform includes a social networking component, as well, and lets users display their NFT collections—initially with Ethereum-based NFTs last spring, and just recently with Solana NFTs as well.

In August, Audius’ AUDIO token nearly doubled in value within a day on the back of a newly-announced integration with social video-sharing app, TikTok. Audius was the first to utilize TikTok’s Sound Kit functionality to enable the seamless transfer of songs into the social app.