Tezos up 24% on Back of Doja Cat NFT Launch 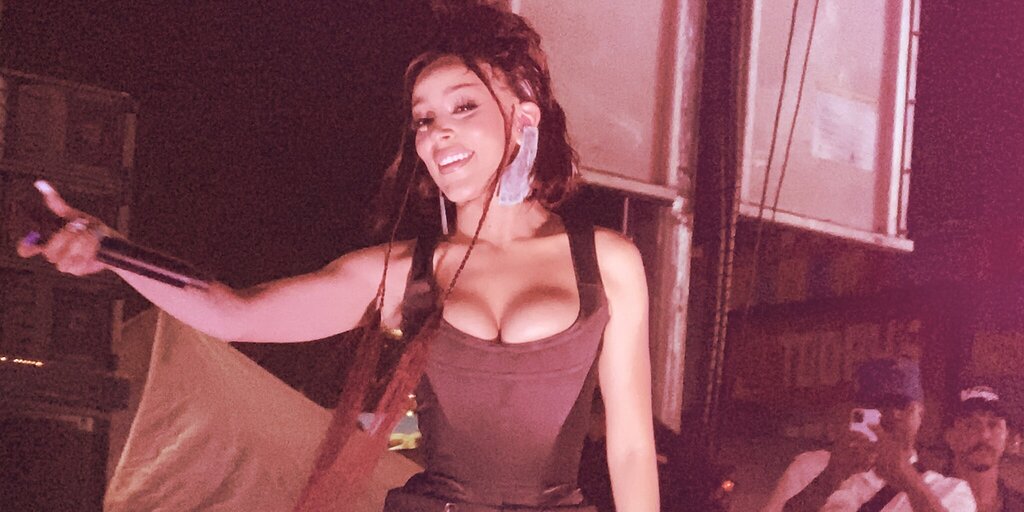 With 3.4 million followers on Twitter and another 14.3 million on Instagram, American songwriter, rapper, and singer Doja Cat has an outsized influence on pop culture.

Now, she’s launching a non-fungible token, or NFT, on the Tezos-powered platform, OneOf.

The news couldn’t be more bullish for the Tezos token, either. In the past 24 hours, XTZ has risen by more than 24%, hitting $5.87 at press time.

Most of the most popular projects have all been launched on Ethereum, including Loot, CryptoPunks, and Bored Apes.

Doja Cat’s launch is a little different, however.

The musician has instead opted for Tezos, citing its greener approach to what is a rather carbon-intensive business.

“I don’t know that much about NFTs,” she said. “But what I do know is that they can be bad for the environment and cost a fortune. Mine won’t.”

Tezos has been cited as a greener alternative to Ethereum because it uses a proof-of-stake (PoS) consensus algorithm, rather than a proof-of-work (PoW) algorithm. The latter demands huge amounts of energy to power the physical machines that verify crypto transactions.

PoS networks, however, use economic incentives, like staking a native token to become a node operator, to help secure a network.

And OneOf, the marketplace where Doja Cat’s latest NFT collection can be purchased, is powered by Tezos.

Besides owning a metallic bust of the artist, some of the NFTs are imbued with concert tickets to an upcoming concert too.

All owners of the NFTs will also be invited to an exclusive Discord channel called Planet Doja on September 20.