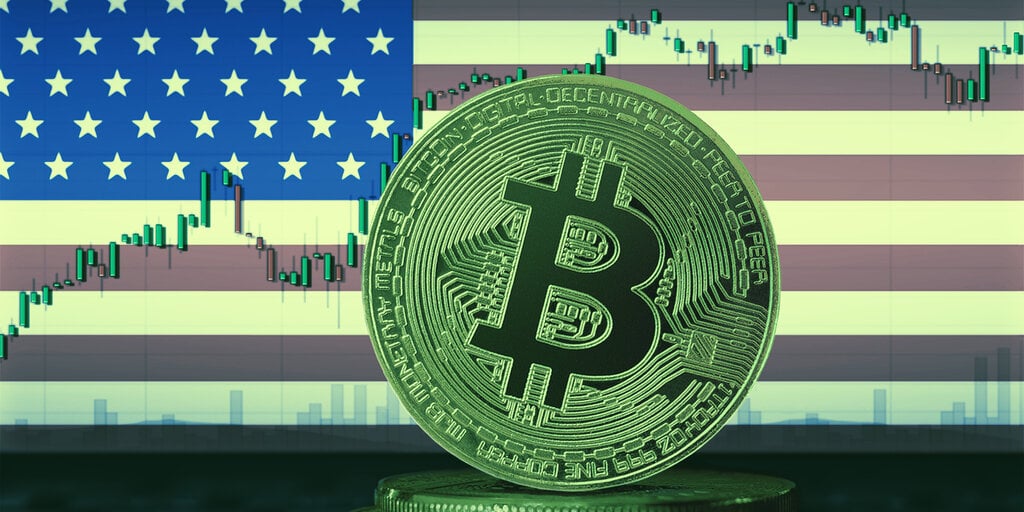 Approximately one third of voters living in swing states in the United States are in favor of cryptocurrencies as a form of payment in their state, according to a Newsweek poll.

The poll, which was conducted by Redfield and Wilton Strategies, found that between 28% and 37% of voters—from Arizona and both Texas and Wisconsin respectively—would vote “yes” to a ballot that would make cryptocurrency legal.

The poll surveyed over 9,700 eligible voters between August 20 to August 22 in California, and 20 to 24 in nine other states. Those include Florida, Georgia, North Carolina, Ohio, Pennsylvania and Virginia.

“If a party wants to catch these receptive voters, it should act swiftly—not only to beat the other party to the punch, but also to preempt legislation that would prove difficult to reverse if enacted,” said Louisa Idel, head of insights at Redfield and Wilton.

Arizona reported the most opposition to the policy, with 40% of voters against.

“Most voters also seem to have only heard or read about Bitcoin,” Newsweek added.

So far, only one country in the world has accepted any cryptocurrency as legal tender.

That is El Salvador, which officially recognized Bitcoin as legal tender earlier this month. While El Salvador’s president, Nayib Bukele, has been praised by Bitcoin advocates, the policy has generated significant controversy.

Crypto in the U.S.

The United States hasn’t embraced crypto to the same extent as El Salvador’s government, but some key political figures have taken a pro-crypto stance.

One example is Francis Suarez, Mayor of Miami, who oversaw this year’s Bitcoin Conference in his own city.

The View From Bitcoin City

Throughout this year, Mayor Suarez has pushed a cryptocurrency ticket—creating a cryptocurrency team of his own, claiming that Bitcoin is “too big to regulate,” and even putting his money where his mouth is by purchasing some Bitcoin (and Ethereum) in a personal capacity.

Mayor Suarez might want to make Miami the United State’s crypto capital, but he has some competition in New York.

“As New York City Mayor, I will make NYC the most cryptocurrency-friendly city in the nation. Property taxes, fines, and fees will be payable in crypto,” said Republican mayoral candidate Curtis Silwa earlier this month.

Yet another New York Mayor hopeful, Andrew Yang, also pledged to make the city “a hub for Bitcoin and other cryptocurrencies” earlier this year.