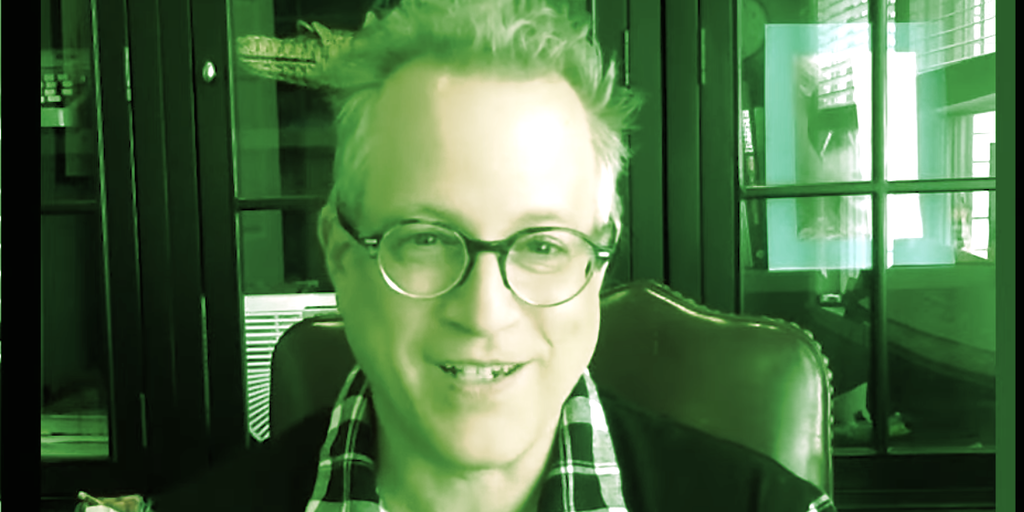 It’s been nearly eight months since the GameStop short squeeze of January 2021, and the effects of the event still linger.

Robinhood, which halted trading of GameStop stock (which trades under the symbol GME) on January 28, has faced fines and blowback for its outages and trading halts on stocks and hot cryptocurrencies like Dogecoin—though its crypto business continues to be a success. WallStreetBets, the Reddit forum where young “YOLO” traders pooled their energy to buy up 90s nostalgia names like GameStop and AMC and send them to the moon, is no longer a well-kept secret.

Ben Mezrich has made a living chronicling the sort of traders and techies who take big swings and wind up with boatloads of cash. His book “Accidental Billionaires” became the movie “The Social Network,” and he later profiled the Winklevoss brothers in “Bitcoin Billionaires.” In his new book, “The Antisocial Network,” Mezrich describes Robinhood as a double-edged sword for young investors.

“Robinhood created this app that’s very fun. It certainly does gamify Wall Street to a point where it makes it as easy as a video game, there’s no fees, and with very little education, you can go on and buy and sell stocks,” he told The Decrypt Daily podcast. “The double edge of that sword … is that regular people also can lose a lot of money if they don’t have their eyes open and see what can happen.”

Mezrich sees Robinhood as the great equalizer, bringing the tools of Wall Street to Main Street. But that doesn’t mean that the neighbors next door have the same protections as the traders in the tower. Wall Street investors are working with large sums of other people’s money—and have hedges in place to minimize their downside; they can afford to take risks. But, he said, “A regular person who put $1,000 into a stock to watch it go down doesn’t get that money back and doesn’t go home to their mansion, they just lost the money they were going to use for their rent.”

Robinhood has taken heat for targeting younger traders who may lack the experience to understand the risks. (Though, ironically, the 2008 financial crisis stemmed from experienced people not understanding the risks, or ignoring them.)

Earlier this year, the company paid a $70 million fine from the Financial Industry Regulatory Authority, which found, among other violations, that Robinhood had consistently “communicated false and misleading information” to consumers, including downplaying the risks of trades and sometimes providing incorrect data. FINRA specifically called it out for the death of Alex Kearns, a 20-year-old college student who committed suicide in 2020 after believing he had lost over $700,000 on the platform via options trading.

Moreover, if Robinhood is a game, it’s a bit rigged, isn’t it? When Robinhood decided to temporarily halt purchases on certain stocks, citing cash flow issues, the anger bubbled up all the way to D.C., where politicians from both sides of the aisle called out the company for picking winners and losers.

“When Robinhood ‘needs to stop’ trading on this stock, it wasn’t clear to anyone that uses Robinhood that this could even happen, that suddenly they could say you can’t buy any more,” Mezrich said. “All of that has to be made clear at the outset.”

It’s enough to make Mezrich—a self-described libertarian—advise some form of oversight or protection: “The problem is, without any level of regulation, with this just being the Wild West, you’re going to see regular people get hurt a lot more than you see hedge funds get hurt.”

That doesn’t mean he believes the concept is fatally flawed. “The positive side is that everyone should be a part of the economy. The more there are people on Main Street taking part of Wall Street, I think the better for everyone.”

Just don’t think that you’re going to beat Wall Street. Mezrich, who has covered upstarts in every venue—from casinos to online poker parlors—knows that the house usually finds a way to win.