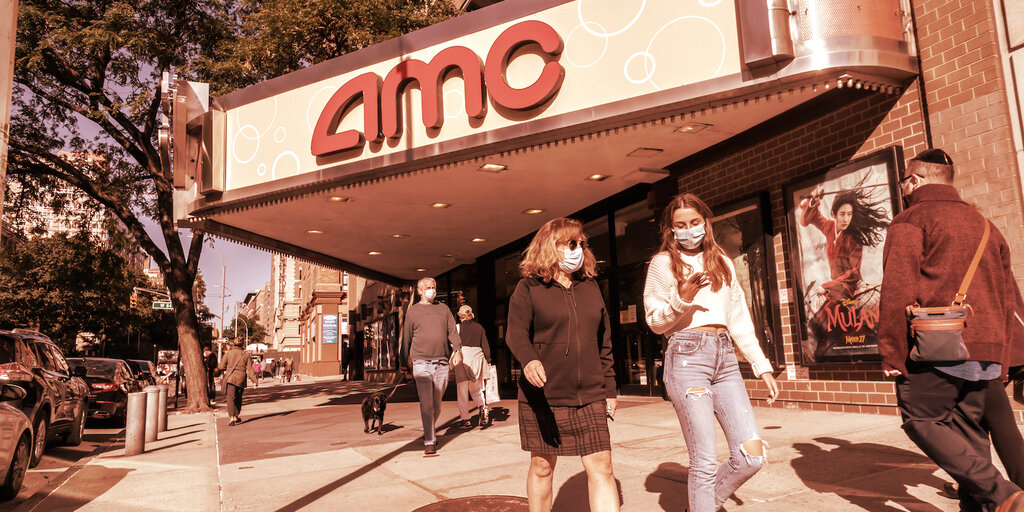 Last week, movie theater chain AMC announced that in addition to plans to accept Bitcoin payments by the end of 2021, it would add Ethereum, Litecoin, and Bitcoin Cash to that list. However, legions of Dogecoin fans took to Twitter to protest the omission of the popular meme cryptocurrency, and it appears that their message was heard.

Today, AMC CEO Adam Aron posted a poll on Twitter, asking users to vote on whether or not they would use Dogecoin to purchase online movie tickets and theater concessions.

“I sincerely want to hear your opinion, via this Twitter Poll,” Aron wrote. “By year-end 2021, AMC will take Bitcoin, Ethereum, Litecoin and Bitcoin Cash for online payments. I hear from many on my Twitter feed we should accept Dogecoin too. Do you think AMC should explore accepting Dogecoin?”

Aron listed four options split between Yes and No responses, ranging from “Yes, for sure do it” to “No, a waste of effort.” As of this writing, about two hours after the tweet was posted, more than 82% of the responses are positive with over 28,000 votes.

I sincerely want to hear your opinion, via this Twitter Poll. By year-end 2021, AMC will take Bitcoin, Etherum, Litecoin and Bitcoin Cash for online payments. I hear from many on my Twitter feed we should accept Dogecoin too. Do you think AMC should explore accepting Dogecoin?

Dogecoin’s fan base is often vocal on social media, but there’s an extra wrinkle here: just as DOGE is known as a popular meme coin, AMC is known as a leading “meme stock.”

The meme stock movement began back in January, when users from Reddit community r/WallStreetBets began buying up stocks that were seen as low-value or past their prime by traditional metrics—such as AMC, video game retailer GameStop, and phone manufacturer Nokia.

The prices for each stock rapidly climbed and fell, thanks in part to easy access to buying and selling via mobile trading app Robinhood. That led to regulatory scrutiny over Robinhood and stock trading behaviors, but AMC has retained a lot of this year’s value bump. At a current price of $39, the stock is up more than 1,800% since the start of the year.

The meme-inspired cryptocurrency was worth about half a penny at the start of the year, but has seen a more than 3,600% rise to a current price above $0.20, per data from CoinGecko. And that’s even with DOGE’s price now down a whopping 72% from the all-time high above $0.73 set in May.

A pairing between a leading meme stock and the top meme coin seems like a natural match, and now it appears that AMC is leaning into the social media buzz and considering the move.

AMC did not respond to Decrypt’s request for comment last week regarding the potential for adding Dogecoin to its crypto payment plans.