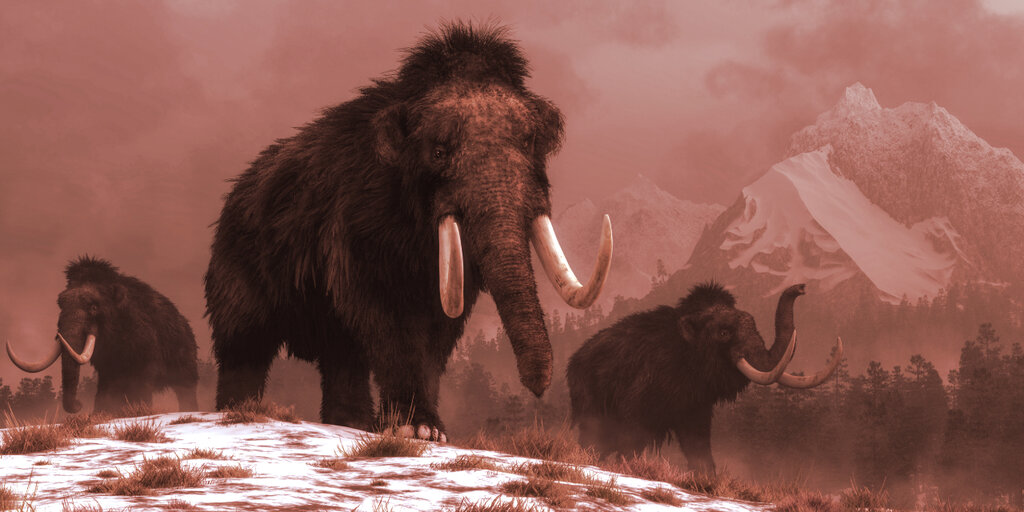 In one of the stranger pieces of news from the crypto world recently, Bitcoin billionaires the Winklevoss twins and Tim Draper have pitched in to a $15 million funding round for a startup aiming to revive the extinct woolly mammoth.

According to Fortune, the trio helped fund “de-extinction” startup Colossal, which hopes to restore the ecosystems where woolly mammoths once grazed in an effort to help decarbonize the atmosphere.

Colossal hopes to use gene-editing technology on the endangered Asian elephant to give it the same characteristics as the extinct woolly mammoth. Church, the project leader, hopes to grow the embryos inside artificial wombs, or the wombs of Asian or African elephants.

Cameron Winklevoss called the enterprise a “moonshot” and told Fortune that he hopes to see returns from future television deals, or even a Jurassic Park-style theme park for extinct animals.

Excited about @winklevosscap's investment in @ItIsColossal and its de-extinction mission that will undoubtedly change the course of history and build a better future. @federallamm and @geochurch are solving for the future by bringing back the past.

Switching to a more familiar topic, Cameron Winklevoss also told Fortune that he anticipates that Bitcoin will hit $100,000 by the end of the year. He also called the nascent non-fungible token (NFT) industry a “multitrillion-dollar asset class over the next decade.”

The Winklevoss twins are known as heavyweights in the crypto world. Outside of Gemini, the pair’s VC firm Winklevoss Capital Management has helped raise millions for crypto ventures, including Filecoin and the now-defunct Bitcoin exchange Bitinstant. They also own NFT marketplace Nifty Gateway, and have backed several emerging NFT artists, including teenage NFT superstar FEWOCiOUS.

The big question, of course, is: will visitors to the woolly mammoth safari park be able to pay for their tickets with Bitcoin?