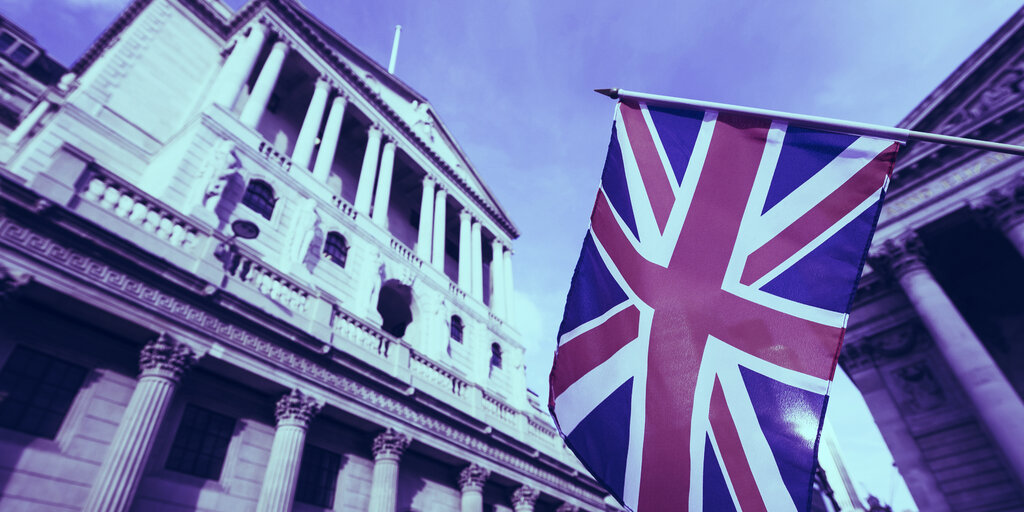 The British public doesn’t believe in central bank digital currencies, according to a survey of 2,500 UK adults carried out for POLITICO by Redfield & Wilton Strategies this month.

Those surveyed listed a wide variety of concerns, the highest of which was the threat of cyberattacks and hackers potentially undermining a CBDC issued by the Bank of England. A total of 73% of respondents were worried about this risk.

A close second—with 70% of respondents listing this as a concern—was the potential loss of payment privacy. Almost two-thirds of respondents—66%—said they were concerned about government authorities being able to seize their funds from digital wallets.

What’s more, 45% of respondents raised concerns about the potential environmental harm that a CBDC would cause—a concern that is widespread among cryptocurrencies like Bitcoin.

In contrast, the Bank of England’s director of fintech, Tom Mutton, reportedly said CBDCs could give rise to a variety of benefits for the UK.

“Access to central bank money in the form of CBDC could support wider public policy objectives,” Mutton said. “These range from the possible benefits for competition and diversity in payments, through to opportunities to promote financial inclusion and safeguard privacy,” he added.

The British government is still on the fence when it comes to launching a CBDC.

This summer, the Bank of England also said a CBDC could help usher in a net-zero carbon economy in the UK, putting the government at odds with 45% of POLITICO’s survey respondents.