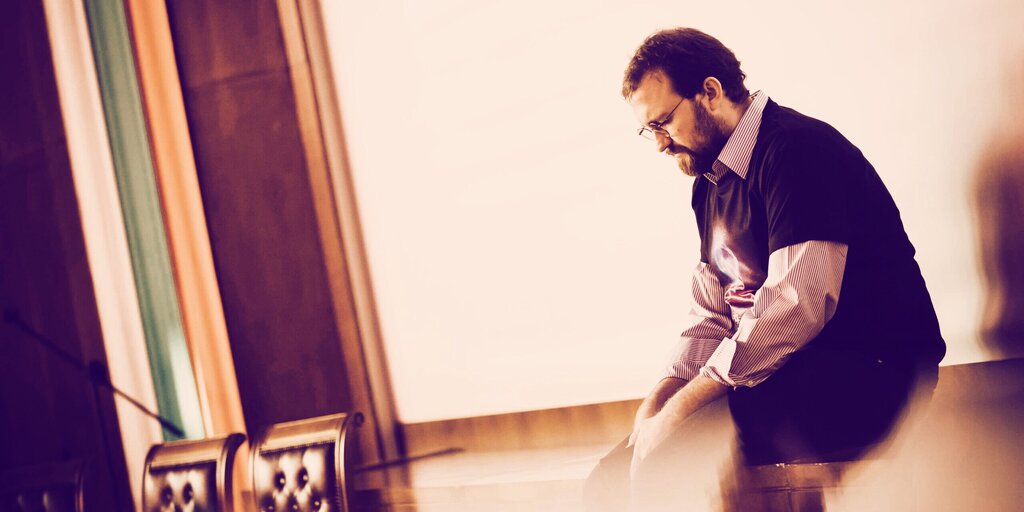 It comes just days after ADA hit new all-time highs in anticipation of the launch, solidifying its place as the third-largest cryptocurrency by market cap. At the time, the cryptocurrency was trading at $3.09. At today’s bottom, ADA fell as low as $2.58.

The highly-anticipated launch of smart contracts will enable developers to build decentralized finance apps to lend, borrow, and trade assets without intermediaries. The feature will enable Cardano to take on other smart-contract platforms, such as market leader Ethereum.

But critics aren’t so sure that Cardano is up to the task.

The bulk of the criticism was about Cardano’s so-called “concurrency” issues.

Difficulties around multiple users interacting with the protocol at the same time surfaced as developers launched the long-awaited Alonzo testnet, which introduces smart contracts to the platform for the first time.

It's unfortunate that we have to shut down our testnet temporarily. We have gathered enough data from our testers to improve the fundamental of our DEX. In the next few days, we'll publish our post-mortem, our scaling solution and when the testnet will be open up again.

Side note: Due to the massive influx of users, you may be seeing an error message that says "UTxOs are being used this block" a lot. That's the concurrency issue. We're working on that.

Critics claim the concurrency difficulties Minswap experienced are the result of Cardano’s use of “unspent transaction outputs,” or UTXO, which are used to track users’ funds.

They assert that future DEXes looking to build on the network will face similar issues too, making the network impractical to use for leading market maker Uniswap, for instance, which processes over 10,000 transactions on a daily basis.

Seriously 6 years of "peer-reviewed" research and a $90bil+ market cap later and the first dapp on Cardano can't even do concurrent transaction processing (aka the very thing you need for DeFi).https://t.co/mcmTjQEKbb

“Six years of ‘peer-reviewed’ research and a $90 billion-plus market cap later and the first dapp on Cardano can’t even do concurrent transaction processing (aka the very thing you need for DeFi),” tweeted Ethereum supporter Anthony Sassano.

Cardano developer IOHK did not respond to a request from Decrypt for comment.

However, on Twitter, the company defended its use of eUTXO, the “extended” model of UTXO, claiming that it “offers greater security, allows for fee predictability, and offers more powerful parallelization.”

Addressing one of the prevailing criticisms, that Cardano is flawed because it only allows one transaction per block, IOHK said there were workaround solutions. For instance, a service or application could be designed using multiple UTXOs. The company published a new blog post detailing some of the reasoning behind the smart contract design.

Sundaeswap, another exchange app building on Cardano, also refuted the one-transaction-one-block allegations. “In fact, it is quite the opposite. Cardano allows many hundreds of transactions per block,” said the DEX.

In a blog, Sundaeswap claimed that many UTXOs may be governed by the same smart contract and that many solutions were possible. It promised to soon publish its own.

“Centralization is a way to solve this problem, but it is not the only way,”  said SundaeSwap, in response to criticisms of Cardano’s approach.

Maladex, another DEX building on Cardano also tweeted in defense of Minswap, pointing out that it’s not a finished product.

Smart Contracts and Beyond https://t.co/tORiMhAxhb

He asserted that Cardano’s effort is “plagued by major UX challenges,” and added that the inherent problems with multiparty state channels led to the approach abandoned by Ethereum.

“Cardano isn’t on par with competing smart contract platforms, despite all their talk about research and scientific breakthroughs,” said Wall. “They overpromised and underdelivered. The $90 billion market cap is not looking deserved at the moment. The platform has a lot left to prove before that number is justified.”

Since Monday, when he delivered his crushing remarks, Cardano’s token ADA, has fallen 6.4%, and its market cap is now down to $85.4 billion.