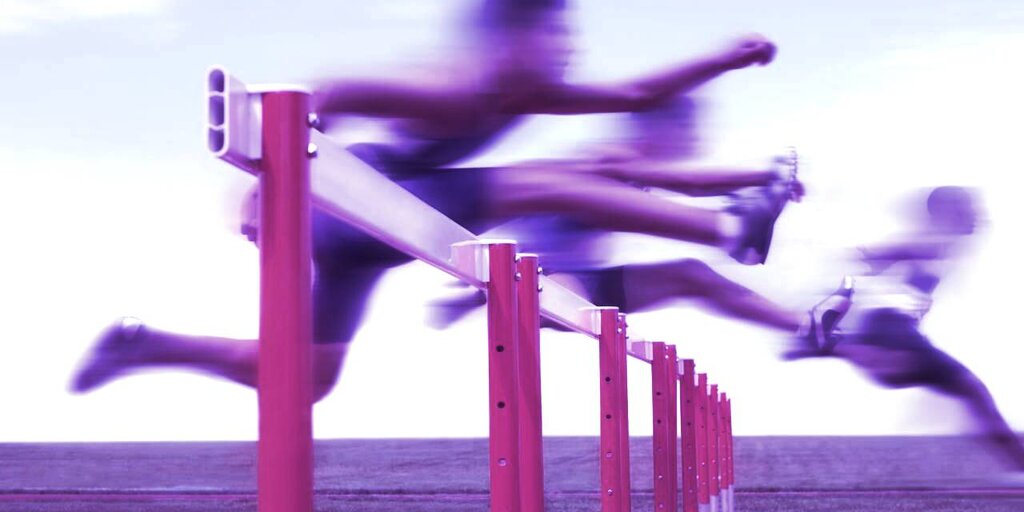 If personal data is the new oil, then big tech firms have been extracting it by the barrelful. That’s a bad deal for consumers (who have little choice but to consent to the surveillance economy in order to use most leading products and services) as well as app developers and content creators, who are stymied in their efforts to monetize.

Web 3 promises to fix this, by establishing an open, decentralized economy built upon cryptocurrency, with every participant able to take advantage of the opportunities it presents, without being taken advantage of.

What the Google Antitrust Lawsuit Means for Web 3

“The data monopolies operate in the same way as any big legacy corporation, which is to have the fastest, cheapest, most convenient solution at any cost—even to the detriment of users or society at large,” said Kevin Ricoy, head of growth for the Kin Ecosystem, a community of developers that use Kin’s modular SDKs to create crypto-based experiences in their apps and digital services.

“But today,” Ricoy said, “consumers are starting to gravitate toward solutions that are human-centered in their mission.”

In order to realize this vision of Web 3’s promise, though, there are a number of hurdles to overcome.

1.Developers need to be able to monetize the amazing user experiences they’re creating

It’s easy to talk about a user-first economy, but creating meaningful—and sustainable – digital experiences is only possible when developers can make a living without being forced to sacrifice user trust.

The only recourse for many developers has been to fall back on an ad-based monetization model—but that can easily become a slippery slope. Rather than rewarding users for the value they bring to a platform, display advertising can not only damage the user experience but also serve as a vector for mass data collection and tracking.

But there is a far better, more user-centric way for developers to monetize, and that’s through social currency. With Kin, for example, developers get paid for creating compelling user experiences.

Every week the Kin Foundation pays out roughly $300,000 to developers through the Kin Rewards Engine.

“In the same way that miners get rewarded for validating transactions, we reward developers for mining microeconomic contributions and creating meaningful experiences for their users,” William Mougayar, executive chairman of the Kin Foundation, told Decrypt.

2.Users need to be taught that their personal data has value

Consumer platforms present themselves as free to use, but these providers are rarely upfront about the types—and the sheer volume—of data they collect.

The practice is so common and so pervasive that users have been deceived into accepting it as the (not so) quid pro quo standard. This is both a moral problem and a practical one. When the goal of app development becomes figuring out how much a developer can annoy users through hamfisted monetization without forcing them to actually leave the platform—then we’ve lost our way.

That is why consumers need a reeducation: their data is valuable and the time they spend engaging with content deserves to be fairly compensated. By using a decentralized digital currency to incentivize rewards and the exchange of value between users, Kin helps to align users, content creators and developers around a new paradigm: one in which consumers no longer have to give up their data to enjoy the services and platforms they love.

3.Users need to receive compensation for the engagement and value they bring to a platform

In stark contrast to the immense value that users and content creators generate in the digital world, they’ve historically been treated like cogs in a machine that doesn’t recognize their contribution.

To build a working Web 3 economy, developers need the tools to create experiences that stimulate user engagement and interaction in a mutually beneficial way. The good news is that there are already easy-to-use SDKs that can help make that happen.

Applications integrating Kin can reward consumers for their attention, time, insight and the content they create, while mutually benefiting the developer.

Take Tapatalk, a free social app that aggregates discussions from forums across the Internet. With Kin, Tapatalk users have been able to earn Kin tokens in exchange for performing actions in the app, such as completing their profile or liking a certain number of posts. Users can spend the Kin they earn by tipping content creators, or in other apps and services that accept Kin.

But earning and spending is about more than just a monetary transaction, Ricoy told Decrypt.

“These are tokens of appreciation,” he said, “and each one helps improve the user experience.”

4.There need to be compelling use cases to create meaningful adoption of crypto

Despite dominating the headlines, crypto is still considered to be a novelty by many today. Part of the issue is that crypto technology isn’t being widely applied to support practical use cases.

For a cryptocurrency to gain meaningful adoption, it needs a reason for being—and users need a variety of potential ways to earn and spend it across apps.

Kin underpins an ecosystem of apps that enable users to earn and spend cryptocurrency across different platforms.

2/5 The entire @Kin_Ecosystem is a giant tokenized community. Each user is empowered to earn/spend their Kin inside a vibrant community of independent apps. Each Kin app has a variety of earn/spend models, whether Social, Gaming, Content, Video, Chat, NFT or Community related.

If developers want to encourage retention, they can reward users with Kin for logging in X number of times a day. If they want to boost user numbers, they can dole out rewards in exchange for referrals. Apps can boost engagement through daily, weekly or monthly in-app challenges with rewards in Kin.

In return, users can use their Kin to unlock premium services, buy digital goods, or even redeem their cryptocurrency for items in the real world—really, the possibilities are endless.

5.Integrating cryptocurrency needs to be made simple

There are millions of developers in the world, but cryptocurrency and blockchain have yet to make inroads among many mainstream devs.

They primarily use Java, they’re unfamiliar with the intricacies of blockchain infrastructure and they don’t integrate crypto into their apps because the learning curve is too steep—not to mention the likelihood of incurring large fees and having to wait a long time for payouts.

“Kin’s MO is to empower developers and users.”

That doesn’t have to be the case. For developers, blockchain-based applications should be as easy to create as using any API. Kin offers a wide variety of simple, modular SDKs and out-of-the-box technologies and tools to streamline the development of Web 3 applications built around cryptocurrency rewards. As a result, transactions that take place within Kin-whitelisted apps incur no fees and can be completed within 1-2 seconds. No surprise, then, that Kin is the #1 cryptocurrency SDK by number of installs for both Android and iOS, according to app tracker Apptopia. And a recent scan of transaction activity from the Solana ecosystem placed Kin as the top cryptocurrency by transaction volume, only second to SOL, Solana’s native token.

As developers increasingly realize how easy it is to integrate crypto into their apps, a more equitable digital ecosystem will follow.

“The MO of behemoths like Facebook and Google is to empower themselves, but our MO is to empower developers,” Ricoy told Decrypt. “The only way to build a more fair digital world is to make sure that treating users like they’re the product is no longer the norm.”