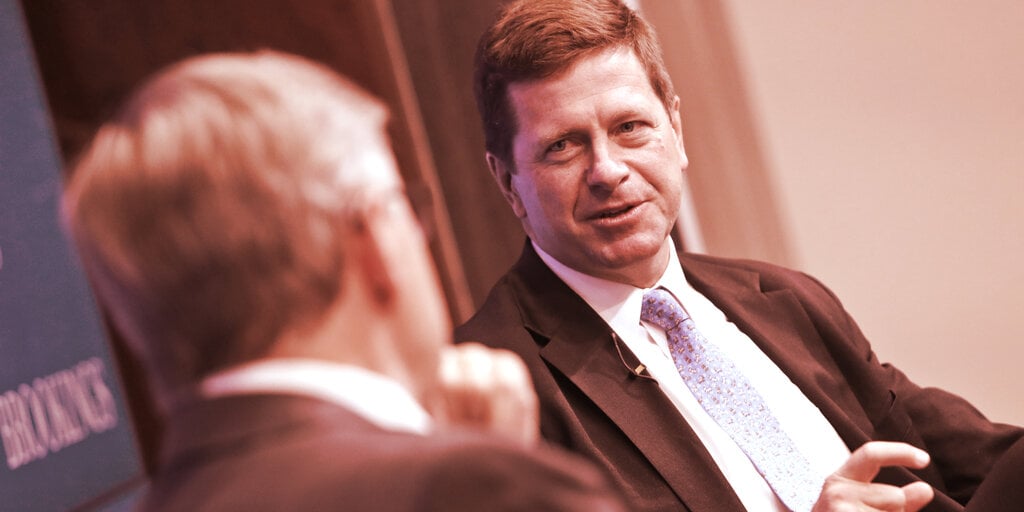 Fireblocks, the New York-based crypto custody provider, has added Jay Clayton, the former Chairman of the U.S. Securities and Exchange Commission (SEC), as a member of its advisory board.

“Fireblocks will greatly benefit from having Jay on the advisory board given his expertise on many aspects of the financial sector,” said Michael Shaulov, CEO and co-founder of Fireblocks.

Prior to taking over as the SEC Chair in 2017 under President Trump’s tenure at the White House, Clayton assisted multiple corporations with raising capital through initial public offerings (IPO), including Alibaba Group and Oaktree Capital, and advised large financial institutions and broker-dealers.

Some of his clients included Goldman Sachs, Paul Tudor Jones, and Barclays Capital, who were chasing the purchase of Lehman Brothers’ assets following the firm’s bankruptcy.

During his time at the SEC, Clayton focused on modernizing the regulatory framework for financial markets, which included the status of digital assets within the context of the U.S. securities law.

Notably, Clayton determined that Bitcoin did not constitute a security, the position he maintained throughout his tenure at the SEC.

This is not the first time that Clayton has assumed an advisory role at a crypto-focused company.

In May this year, he joined One River Asset Management in a similar advisory capacity. The digital hedge fund hopes to get the SEC’s approval to launch a Bitcoin exchange-traded fund (ETF).

At Fireblocks, Clayton will focus on educating investors about security and safety within the world of crypto.

“My primary role is to help Fireblocks and its customers understand how these new digital solutions and investment opportunities best fit within existing market infrastructure, processes and regulations,” Clayton told Decrypt, adding that he shares the company’s belief that digital asset custody requires the same level of service as traditional custody.

Shaulov earlier said that he wasn’t sure, however, about following in the footsteps of Coinbase and Robinhood and taking the venture public.

Before considering such a move, he stressed the importance of first having the right infrastructure and regulations in place.

“We need an infrastructure that removes the complexities around security, compliance, and operational risk that will ultimately allow all institutions to embrace and enter the digital asset space,” Shaulov told Decrypt. “If we continue to focus on solving these challenges, the rest will follow.”