Crypto Development Is Complex. Here’s Why It Doesn’t Have To Be 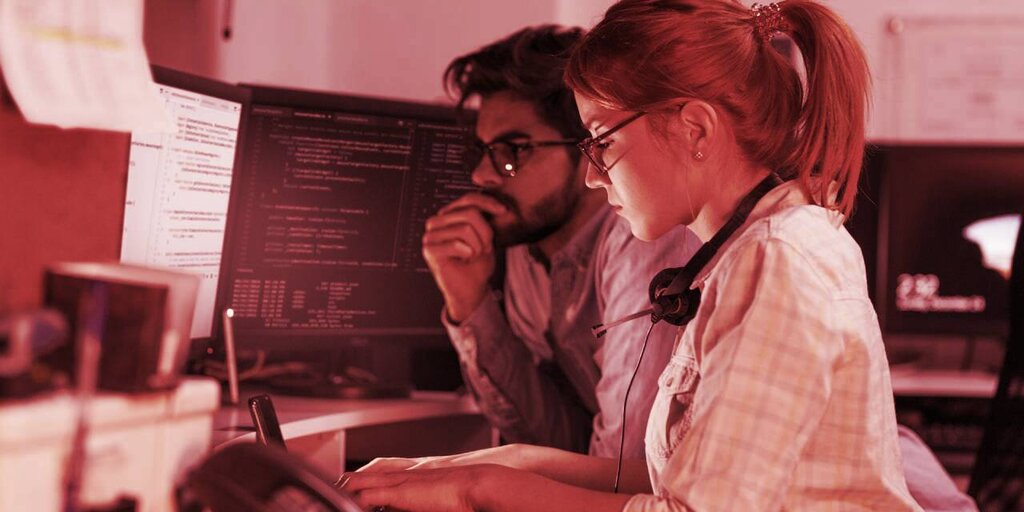 When Sam Dowd, the creator of productivity app Pause For, first started thinking about weaving crypto into his app’s user experience, the task seemed daunting.

“The responsibility of dealing with real money and having to keep private keys safe for thousands of users turned me off at first,” Dowd said. “The whole thing felt a little scary.”

It’s a common refrain heard among the developers of mainstream consumer apps. They want to join the emerging Web 3 ecosystem, but they either don’t have the time or they quickly lose their appetite to immerse themselves in the complexities of cryptocurrency integrations.

But the fact is, the barrier to entry is surmountable if you have the right tools, said Bram Borggreve, a software developer and senior technical advisor to the Kin Foundation, the nonprofit organization that was established to manage the governance of Kin, a cryptocurrency that lives on the Solana blockchain.

“I’ve worked with a lot of developers and often when you mention anything to do with blockchain, the first thing they say is, ‘I don’t understand anything about it,’” Borggreve told Decrypt.

“But this is something we can fix with tools that are so simple there isn’t a technical excuse not to integrate crypto,” he said.

There’s an SDK for that

Kin offers multiple plug-and-play software development kits, including three server-side SDKs for web app developers (Go, Python and Node.js) as well as SDKs for both iOS and Android on the mobile side.

Using one of these SDKs, a developer can connect to the Kin blockchain in a matter of minutes, and implementing it is as easy as implementing any other SDK.

“Anyone who’s ever done any app development work has used some kind of SDK,” Dowd said. “This isn’t any more difficult or different.”

Where Kin’s SDKs stand out, however, is that they enable developers to easily abstract away the complexity and flatten the steep learning curve that some still associate with crypto development.

“We’re used to building apps for traditional developer environments,” said Winter Wong, CEO and founder of Tapatalk, a free social app that aggregates discussions from online forums across the Internet and that uses Kin to reward its users.

“But Kin is very developer-friendly,” Wong said. “My engineers don’t need to know a lot about cryptocurrency in order to get it to work, and that’s helped us fast track development.”

Kin’s SDKs function by communicating with Agora, the middleware layer that serves to insulate developers from the intricacies of the Solana blockchain.

The best way to think about Agora is as a set of building blocks that allow people to build apps on Solana using a simple SDK without having to go crazy reading documentation or learning how cryptography works.

Attention Developers: The next milestone in the Kin SDK rewrite was released today. This release introduces a new frontend service, "Agora", that has a number of core features and is a foundational piece to the upcoming @solana migration.

And that’s helpful from a development point of view, said Dowd. Pause For now rewards users in Kin for the time they don’t spend on their phone. The Kin they earn can then be donated to charity.

It’s a novel and compelling use case for in-app cryptocurrency – and that’s what developers should be focused on, rather than trying to figure out how to salt and hash a keypair.

“I like not having to think about it,” Dowd said. “Kin brings crypto in line with something like auth – it’s not like you have to understand how Facebook OAuth words, it just works when you tell it to do its thing.”

Focusing on the fun stuff

That’s important, because developers are busy people and many blockchains don’t make crypto development easy. It’s a big problem for developers that want to participate in the token economy.

“The easier we make [blockchain development], the more developers can work on implementing their great ideas.”

They start to poke around and quickly realize that crypto is non-trivial to operate, Borggreve said, and being forced to contemplate things like batching payments, wallet maintenance and keypair security only “brings them away from building great experiences.”

“The easier we make it, the more examples of use cases we share and the more advanced our starter kits are, the more developers can work on implementing their great ideas,” Borggreve said.

Take Madlipz, a dubbing and voiceover app that allows users to tip in Kin as a way of showing their appreciation for good content. That’s a low-hanging fruit sort of use case for crypto, said Amir Alikhanzadeh, the app’s CEO and co-founder.

But Kin’s ease-of-use is giving Madlipz the flexibility to get more creative without any additional heavy lifting, he said. For example, Madlipz recently added the ability to pay creators in Kin for sharing their content off the platform.

“The fact that any developers with an idea can start building on the blockchain right away is what drew us to Kin.”

“We don’t need technical know-how to do this—we can just focus on the user experience,” Alikhanzadeh said. “The fact that any developers with an idea can start building on the blockchain right away is what drew us to Kin originally and to this day remains the most important thing that Kin offers to developers.”

But for Vincent Hsu, VP of business development and partnerships at virtual makeup and beauty app Perfect365, the most appealing aspect of working with Kin is the Kin Rewards Engine.

Developers are paid in Kin in return for creating experiences that incorporate the token into their apps and drive the adoption of Kin. It’s a self-fulfilling economy.

“The model doesn’t just create value for users, it rewards us as developers for driving usage of Kin,” Hsu said. “It’s really a win/win for everyone.”

“The Kin Rewards Engine is unique because it pays developers based on the user’s economic activity with the Kin cryptocurrency in their app. It has paid over $70M to developers over its lifetime so far." pic.twitter.com/MeaBM6WKgf

KRE also solves a big problem facing developers, which is the need to make money despite the fact that most users expect free experiences and content.

Developers generally have to charge their users a transaction fee if they want to monetize with crypto and that usually rubs the wrong way.

“KRE allows us to forego all transactional and fractional fees and lets our users experience free services as truly free,” Alikhanzadeh said. “It’s easy, but it’s also fair—a fair economy and a fair way for apps to make money.”