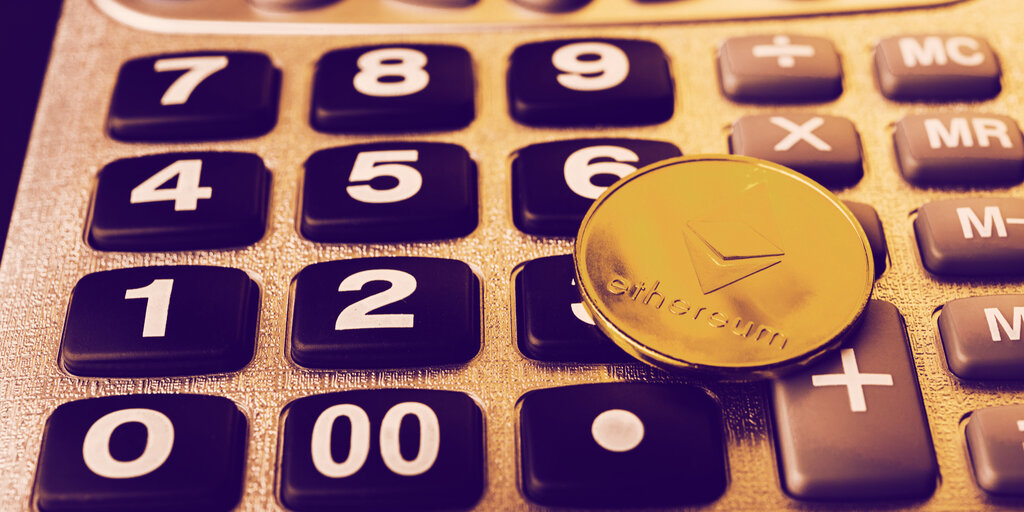 A code change to the Ethereum blockchain that was enacted last month, called EIP-1559, was designed to prevent people from paying more than they had to in transaction costs.

Except, it doesn’t always do that—not when the network is at peak usage levels thanks to an onslaught of NFT bids and DeFi swaps.

Infura, a “cloud-hosted node network” that many projects use to connect to the Ethereum blockchain, has launched a new tool meant to cover those instances not already covered by EIP-1559: Infura Transactions. (Disclosure: Infura, like Decrypt, receives funding from ConsenSys.)

Decentralized applications, which are built atop a blockchain, are constantly interacting with that blockchain. When they do, they pay a toll for using its infrastructure. But that toll varies depending on how busy the network is—the more traffic, the higher the fee.

EIP-1559 solved for some of this. The code change doubled the amount of gas—units that represent the computing costs for any action on the blockchain, which are used to calculate the transaction fee—that could be included in each newly-mined block of transactions. It also standardized the fee structure by creating a base fee that would go back to the Ethereum network and destroyed.

This latter element was controversial with miners, who were accustomed to the auction system in which people would more or less guess how much they needed to pay in order to have their transaction processed in a reasonable time frame. They would then pay miners to prioritize their transaction.

DeFi traders—who prowl the applications that let people lend, borrow, or trade crypto without approval from a financial intermediary—often need transactions to be processed immediately in order to capitalize on arbitrage or other opportunities. Likewise, someone trying to purchase an NFT, a type of token that represents ownership over a digital item, wants to ensure their bid has gone through before the sale is over.

Since EIP-1559 went live as part of Ethereum’s London network upgrade, overpayment for transactions has fallen due to the base fees—though users can still add a small tip to miners to ensure their transaction goes through in the next few seconds instead of the next several minutes.

But when the congestion rises above a certain level, the fee structure reverts back to an auction system. And that’s when things can get really expensive if you’re not careful.

First, it says, it uses an algorithm that optimizes gas price and adjusts the tip in real time. Second, it eliminates dropped transactions, which can occur when a user hasn’t included the appropriate fee. Third, it’s automated, so that users don’t have to manage anything post-transaction. Last, it allows for transactions without ETH—the cryptocurrency used for all network fees.

The goal of Infura is to create a system that allows developers to more quickly get to work on the Ethereum blockchain. “With ITX,” it writes in a press release, “enterprise developers can transact with prepaid accounts without holding ETH on their balance sheets and letting Infura manage their transactions.”

That idea is in line with Infura’s main product, which hosts nodes on developers’ behalf so that they can interact on the Ethereum blockchain without managing any hardware.

Ben DiFrancesco is CEO of crypto consulting group ScopeLift, which is behind privacy payment project Umbra. He’s a fan. “We just make a few calls to the ITX API and it does all the hard work for us,” he said. “We can now focus our time on what makes Umbra Cash unique for our users.”