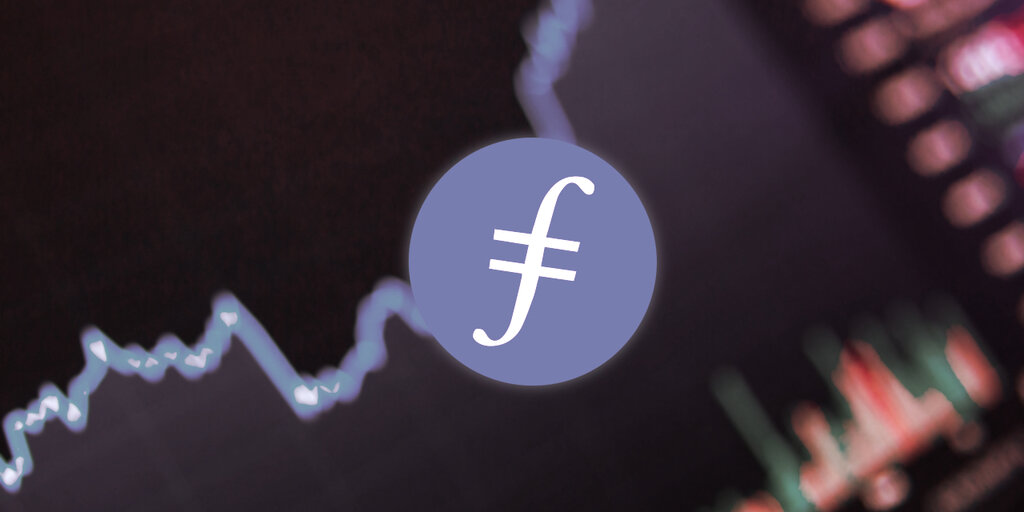 Filecoin (FIL) is on the rise. The coin, which powers a decentralized storage network, has increased in value by 14% in the past day and 28% in the past week.

The price of a single Filecoin is now $95 and the market cap for the whole coin is just over $10 billion. Filecoin has the 21st largest market cap out of all cryptocurrencies.

Filecoin started to rise on Tuesday, when the coin began its ascent from $70. By Friday, it had increased to $77. Then in a huge jump on Saturday morning, FIL rose to $84.

The price remained steady until Saturday afternoon, when Filecoin rose once again to $89, almost in an instant. A scatty upward trajectory has persisted since, bringing the coin to $95.

The market for Filecoin isn’t hitting anywhere close to all-time highs set at the end of March, when Filecoin peaked at $191. But this is its highest price since the middle of May, when Filecoin was on the way down from those heady heights.

Filecoin is based on IPFS, or the InterPlanetary File System—a decentralized web hosting service built by Filecoin creator Protocol Labs. Lots of NFT projects are beginning to host their JPEGs on IPFS because it is more decentralized than regular domain name hosting systems, on which websites can be taken down without warning.

In May, Filecoin announced a free service called NFT.Storage for NFT creators to store their NFTs and any corresponding metadata on Filecoin.

The Filecoin protocol only launched in full in October 2020. The project raised $200 million within 30 minutes in a 2017 ICO, but the launch was beset by delay after delay.