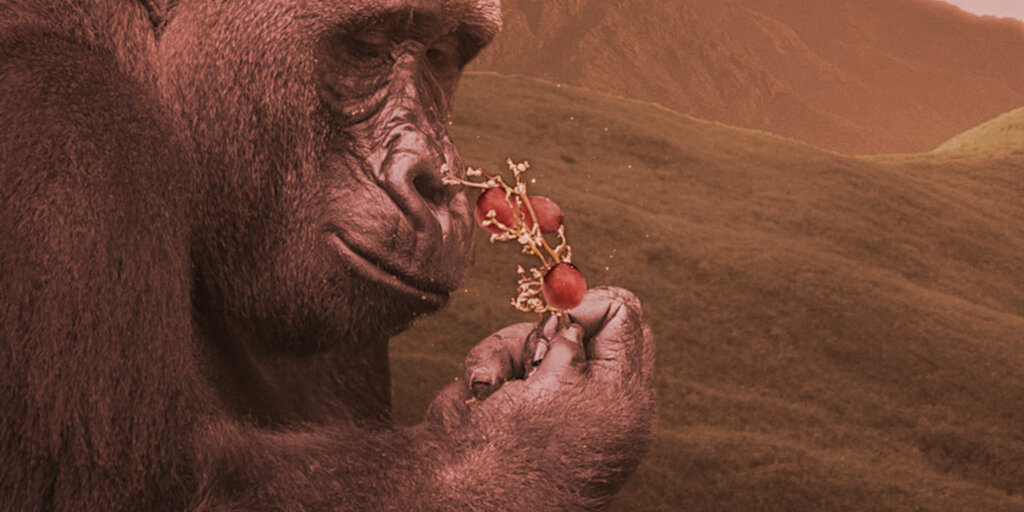 There are hidden chat rooms on the internet, where cryptocurrency investors and traders build communities, share secrets, and collectively decide what to do with the money that they make.

You’ll find these rooms on Discord, a messaging app originally designed for gamers that’s quickly become the home of crypto natives in search of the next big thing. And on Solana, the fast-rising blockchain competitor to Ethereum, you have to use Grape to get through the crypto-gated gates.

Grape Network is a startup that provides tools for DeFi and NFT projects to build, manage, and incentivize formalized communities known as DAOs. The company launched just five months ago, and it’s already beginning to position itself as an essential tool on the Solana network.

Today, Grape announced a $1.2 million seed round led by the Austin-based Multicoin Capital. That’s on top of the $600,000 that it raised in a token sale last week—the one that generated so much hype and demand from investors, it brought down the entire Solana network.

Was the GRAPE worth the squeeze?

It was a day filled with “mixed emotions,” said Grape’s Co-Founder Dean Pappas of the 17-hour Solana outage on September 14. Solana, which is often billed as a next-gen “Ethereum killer”—a faster, cheaper, more user-friendly version of the blockchain network that gave birth to programmable money—ultimately buckled under the pressure of Grape’s IDO—a type of token sale similar to an ICO.

Grape’s token sale on the decentralized exchange Raydium was ravaged by bots unleashed by tech-savvy crypto traders eager to fill their wallets with GRAPE tokens. The bots slammed Solana with so many transaction requests at once that the network couldn’t cope—it was knocked offline by what the Solana Foundation says was, “in effect, a denial of service attack.”

As a result, a $10 billion network came to a screeching halt—all over what amounted to $600,000 worth of tokens from, what for many observers at the time was, a largely unknown crypto startup.

“We kinda reveled in the fact that, ‘Hey, look what we did.’ You know? That was the primary emotion,” Pappas told Decrypt in an interview. “We had full confidence in everything coming back to normal,” he said.

It’s this “monumental” level of demand that led Grape to raise more money, said Pappas. “Right now, we have so much demand for the product, we can’t keep up [while] also stick to growing our roadmap,” he said. “This [raise] was imperative based on how fast adoption has been. We just can’t keep up. We needed to do funding to expand the team.”

Do or DAO for Solana

It may sound like braggadocio, but Pappas isn’t embellishing. With DAOs still in their infancy—and Solana arguably even more so—there aren’t a lot of companies doing what Grape is doing right now. In fact, in terms of rivals, Pappas points to a combination of Collab.Land, Roll, and Tipcc—on Ethereum—as Grape’s primary competitors. “Those three are always used for all these tokenized communities, but they don’t co-exist together under the same umbrella,” he said.

But on Solana, the field is still wide open, and Grape has—for now—essentially cornered the market as the all-in-one, build-a-DAO provider.

A DAO (shorthand for “decentralized autonomous organization”) is essentially a way of coordinating a group of like-minded people who aim to build something together and then share in the fruits of that labor in an equitable way. There are hundreds of DAOs throughout cryptoland, most of them on Ethereum, that serve different purposes—but all of them generally share one thing in common: in order to prove you belong to a DAO, you must hold a certain amount of that community’s cryptocurrency or token of choice.

Grape’s flagship product, Grape Access, is how Solana users prove they belong to a specific DAO and gain access to a given community’s private chat room on Discord. All users have to do is link their Discord accounts to a Solana wallet, such as Phantom, through Grape’s website, and then load up that wallet with all the right tokens. Those tokens then act as the keys to unlock these otherwise hidden rooms.

Grape’s initial clients on Solana were all DeFi products—peer-to-peer lending, borrowing, and trading protocols like Saber and Parrot. But it wasn’t until the NFT boom on Solana that the DAO business really started to pick up, says Pappas.

NFTs are special types of tokens that demonstrate proof of ownership over a digital item. So-called profile picture NFTs, such as CryptoPunks and Bored Apes on Ethereum, have become hugely popular—and very lucrative for early investors. Many of these NFTs, which are typically limited to 10,000 or fewer tokens within a single collection and originally “minted” for just a few hundred dollars, are now individually selling for hundreds of thousands or even millions of dollars on secondary markets.

All of the major, or “blue chip,” NFT projects on Solana—such as Degenerate Ape Academy, Solana Monkey Business, Aurory, and Thugbirdz—use Grape to gate off certain channels within their Discords, or entire servers, from the outside world. Owning one of these NFTs, then, becomes more than just an online flex or investment opportunity—it becomes a ticket to an exclusive club for holders, and potentially even a say in how treasuries are managed and revenues are split among investors.

Nobody rides for free

A large number of NFT projects, and users, have migrated over from Ethereum to Solana within the past year, largely driven by the promise of “free gas” on the network. Gas is the variable cost of transacting on a blockchain network, and on Ethereum, those costs are sky-high: on busy days, it’s not common for users to pay $200 to $300 for a transaction that’s itself worth far less than that.

But Solana’s near-zero transaction costs are a double-edged sword, Pappas admits. “Spam is cheap,” he said, which is why bots are able to swarm the network so easily. Bots have also become a problem for NFT drops on the network, as ordinary users struggle to compete with more sophisticated players armed with bots that snap up desirable NFTs on launch days. Some projects, however, are already coming up with workarounds. The Sneks, for example, designed a clever way to confuse bots when the project gave away 10,000 NFTs for free last week. Anyone lucky enough to nab one can now join the SnekDAO, verified through Grape on Discord.

The Psychological and Tactical Strategy of Warfare: Fair Drops in the Age of Bots https://t.co/ZhX6xqhyXY

“I think the benefits massively outweigh [the problems],” said Grape’s co-founder. “Like, with us, for example, we can iterate and discover things so much faster than our potential counterparts on Ethereum because there’s no risk to experiment.”

What’s more, NFTs and DAOs are a natural marriage, according to Pappas, and the “easiest utility to point to,” he says. “There’s huge value there. It’s an explored space. That’s what exciting. DeFi, to some extent, and it’s weird to say this, but it’s matured. But in this area [NFTs], this is completely green, unexplored space.”

Grape sees its product line soon growing beyond just Access. DAO management tools and event planning—token-based ticketing for both virtual and real-life events—are all on the roadmap, says Grape’s co-founder. “What we’re aspiring to do is give a toolset that lets people create their own digital civilizations. Start from scratch. What are the economics going to like? What’s our theory of meritocracy or democracy? There’s all these choices we can make from scratch.”

After all, it’s not enough to just get through the gates—the success of any given DAO will depend on what the community builds within its walls. Said Pappas: “What are you going to put behind the gate? Because, otherwise, the gate’s just a novelty.”