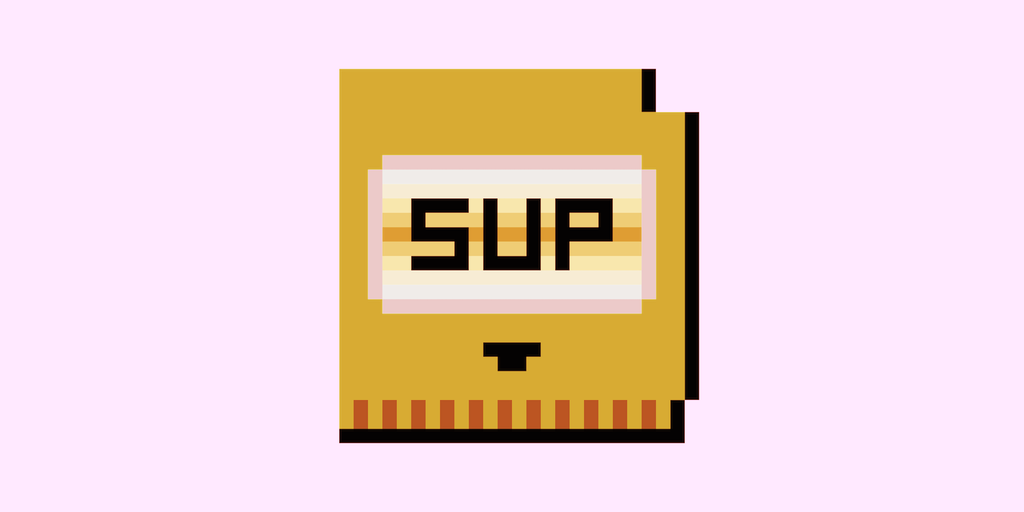 We’ve seen interactive in-game items sold as NFTs, such as the cartoonish monsters from the surging Axie Infinity and LAND plots in the upcoming The Sandbox. But NFTs that are actual, playable video games? Now that’s something new.

That’s the vision behind Supdrive, a newly-revealed NFT project spearheaded by Dom Hofmann, best known as the co-founder of shuttered looping video service, Vine. Supdrive will be an “on-chain fantasy console” where the NFTs themselves serve as the games. If you own the game NFT, then you can play it via the “Supdrive Virtual Firmware” software.

An NFT acts like a receipt or deed of ownership to a digital item, whether it’s a digital painting, video clip, or in-game item—or even a video game itself, as Supdrive plans to introduce.

Supdrive will initially be supported by original games created by Hofmann himself, with the first called “Origin.” Over time, he plans to open up the platform to collaborators to create additional titles. In a Discord post, Hofmann likened the project to Art Blocks, an Ethereum NFT initiative that has thus far spanned generative art drops from a wide array of artists.

“Working within smart contract constraints is challenging and fulfilling, and the concepts of permanence and provenance are compelling,” Hofmann told Decrypt, referring to the bits of code on blockchain networks like Ethereum that make it possible to do innovative things with NFTs and other crypto assets. “Zooming out a little bit, NFTs are an incredible building block for online communities.”

“Most NFTs naturally fall under a grouping of some sort, whether that’s a collectible project or an artist’s body of work, and that grouping creates a somewhat tangible shared element that brings people together,” he continued. “These communities have strong alignment and shared purpose, and we’re starting to see interesting things come out of that.”

Every Supdrive game will come in multiple NFT editions, each unique from the others: they may have varying difficulty settings, color palettes, and gameplay variations, depending on which version you purchase.

Additionally, while the initial games are planned to look and feel like retro Atari-style arcade games (think Pac-Man or Galaga), Hofmann envisions future firmware upgrades that bring about more advanced graphics and gameplay mechanics. Supdrive hasn’t shared a look at its actual games yet, but the official Twitter account has posted low-polygon renders that look like a retro game cartridge and console.

“It mostly started as ‘why not?,’ but there are new mechanics to explore,” Hofmann told Decrypt about the origins of the project. “The idea that your edition of a game is unique and may appear or play differently than my edition—and that we can trade them—is interesting.”

“The idea that owning an edition of one game might feed into the outcome of a different game is interesting,” he added. “The idea that a fantasy console might appear in multiple contexts is interesting. Beyond mechanics, it’s also an exploration in game monetization outside of the models we’re familiar with today.”

The NFT market exploded in early 2021, generating $2.5 billion worth of transaction volume for the first half of the year. Following quieter buzz around the market in late spring and early summer, a recent resurgence suggests a sizable Q3 tally to come.

Hofmann—who also created NFT project Blitmap and is a co-founder of DAO-driven NFT project Nouns—said that Supdrive is currently running on Ethereum’s mainnet, and wrote on Discord that the NFTs are coded in a way that is “gas friendly and ideal for on-chain storage.” However, he told Decrypt that Supdrive is theoretically also compatible with Tezos and other blockchain platforms.

“There are obviously very large creative communities building on chains outside of Ethereum,” he said, “so depending on how the project goes, it’s something I’d like to look into down the line.”

Supdrive’s launch is currently planned for October, per a Discord post from Hofmann. Members of the Supdrive community on Discord can commit to a color-coded team (red, green, or blue), and will in the future receive a team-signifying collectible that can affect how some games are played.