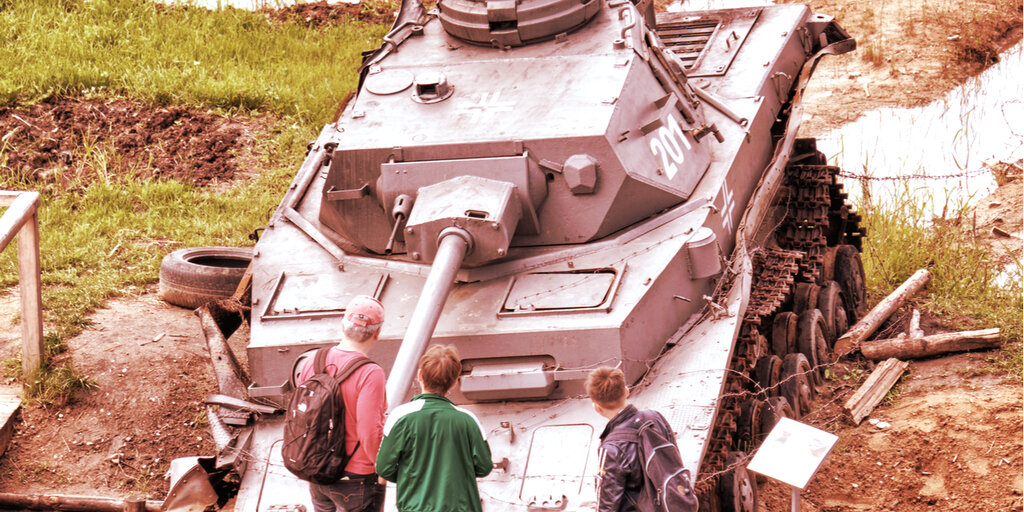 Anyone who gets crypto notifications on their phone can tell you that the markets tanked today, with 11% and 15% losses from Bitcoin and Ethereum, respectively, and a 13% drop in total crypto market cap in 24 hours, per data from CoinGecko.

What the notifications don’t explain, however, is why they’re correcting, or even crashing. After all, things have been going swimmingly, with Ethereum-based NFTs doing boffo business and Bitcoin becoming legal tender today in El Salvador.

That’s just it, said Vetle Lunde, an analyst with Arcane Research. “Such massive stories often lead the market to over-emphasize when pricing in the impact,” he told Decrypt. “This seems to have been the case this time around as well.”

Okay. So, traders betting on future prices got a little bit bullish. On June 4, the day before El Salvador President Nayib Bukele announced he’d be submitting a bill to make Bitcoin legal tender—a bill which was subsequently enacted and went into effect today—BTC was worth $37,000; over the course of three months, it crept back up to $53,000.

But when the day finally came, it dipped—a not all uncommon occurrence as many traders “buy the rumor, sell the news.”

But that dip was exacerbated by over-leveraged positions. On the exchange Bybit, for instance, crypto traders can get 100x leverage. That is, if you put in one-tenth of a Bitcoin, you can trade 10 Bitcoin. Leverage is fun when prices are going up, as it allows speculators without a lot of capital to benefit from bull markets. It’s not as fun when markets droop, as the downside of leveraged trades is that you get liquidated; the more leverage, the less of a price drop is needed before the exchange grabs your coins to avoid further losses. There goes the 0.1 BTC you put in.

When the price started to dip today, it was enough to trigger liquidations of those who were long on Bitcoin. In essence, there was a snowball effect because the drop prompted more people to sell, which triggered more liquidations, which led to more people selling.

So that explains the Bitcoin. What about Ethereum and other crypto coins and tokens, though?

Said Lunde, “A very hefty and bullish appetite for altcoins in the last month might have contributed to exaggerating the chaos in the market.”

Zoom out, and you’ll see it’s still been a very good month for altcoins. Cardano, for instance, which will launch smart contracts on its network this weekend, has risen in price 60%—even after taking today’s 17% fall into account. XRP is up 34% for the month, despite a 23% decline today. And Binance Coin lost 18% in the last 24 hours but still managed to add 15% to its price in the last 30 days.

Altcoin traders, too, reckoned the price would continue to rise. Before today, open interest in Bitcoin futures was trending upward to its highest level since May. Said Lunde, “Overall, crypto derivatives saw a 32% haircut in [open interest] following this correction.”

According to data from Bybt, a futures trading platform, $1.5 billion in Bitcoin has been liquidated in the last 24 hours, while $900 million in Ethereum suffered the same fate.

Immune from the mayhem, however, has been Solana. The price of SOL continues to set new all-time highs a few times every week. In the top 10’s sole bright spot, Solana flipped XRP to become the sixth-largest crypto by market capitalization. Users have glommed onto the smart contract-enabled network to take advantage of lower transaction fees and higher speeds than Ethereum.

Though it didn’t invent decentralized finance or NFTs—both of which were created for Ethereum—it’s ridden demand for both to a 60% rise in the last week and an 8% bump today.