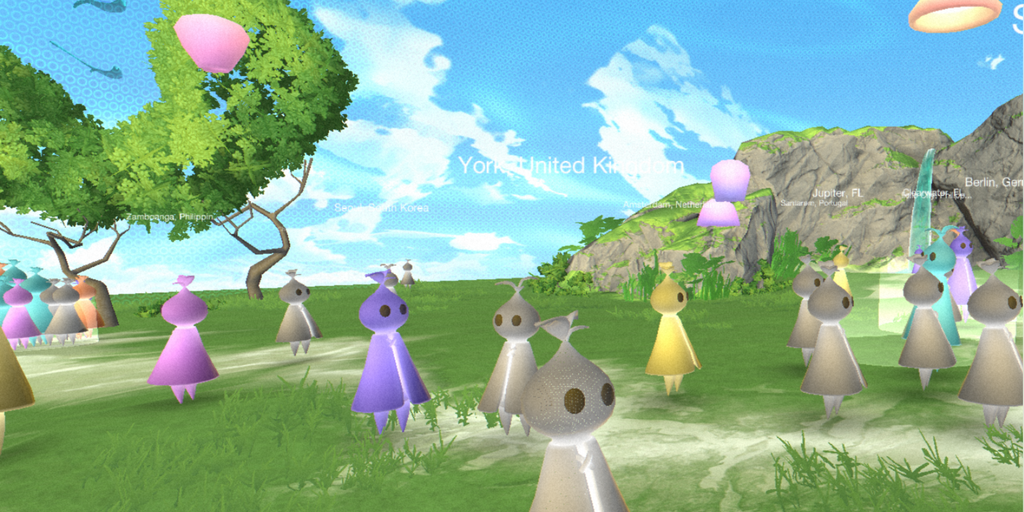 At Cardano Summit 2021, about a hundred bobbing avatars representing ADA fans from across the world huddle together and watch Charles Hoskinson explain the future of Cardano. We’re riding a giant flying turtle. Sting rays soar up above.

Hoskinson says that Input Output, the software company that creates Cardano, is like Apple, the subtext being that we’re watching the next Steve Jobs. But the difference is that Hoskinson will soon cease to play a leading part in his thriving ecosystem, and we, the bobbles, who by now are throbbing with excitement, we will be the next Steve Jobs.

A decentralized application store for Cardano apps is coming, he says, and it is implied that the bobbles, even the errant yellow one who is spinning on her heels, will help fill it. Unlike Apple’s App Store, we won’t have to ask anyone’s permission to upload our apps. A light mobile wallet is also on the way and Chainlink will integrate with Cardano.

In the keynote speech, Hoskinson announces that Dish and Input Output have entered into a strategic partnership. Dish is an American Fortune 200 company that runs the infrastructure for satellite TV. It’s the “rebel of the telco space,” says Hoskinson. IOHK will make products with them.

It is unclear what products IOHK will produce, but “proof of bandwidth” and decentralized identity and loyalty programs are discussed. “Blockchains are useless without connectivity,” says Chris Ergen, co-founder and chairman of DISH Office of Innovation. Together, the technologies will be “exponentially bigger.”

I get distracted from the keynote when a nearby bobble jumps on top of me. The bobble, from Nottinghamshire, England, is incessant and I can’t concentrate. I hear something about “lubricating” entry to “underbaked consumers.” Disgusted, I retreat into the island, where soothing music plays, and I meditate underneath a waterfall.