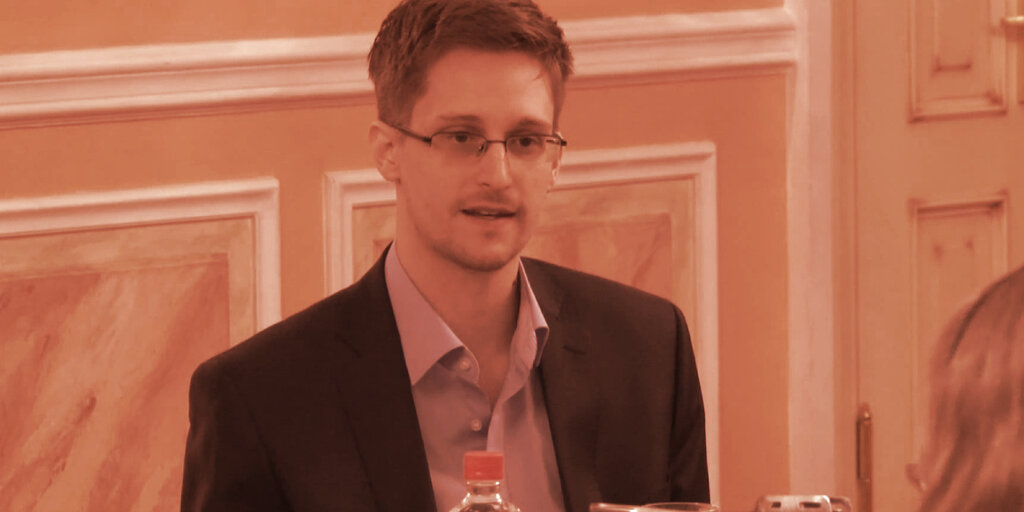 In a barbed tweet yesterday, NSA consultant turned whistleblower Edward Snowden said that Central Bank Digital Currencies (CBDCs) could “casually [annihilate] the savings of every wage-worker” in the country.

Snowden began his attack against the nascent promise of CBDCs—digital currencies backed by the monetary reserves of a central bank—in response to an article by New York Times guest columnist Dr. Eswar Prasad, a professor of trade policies at Cornell University.

Dr. Prasad highlighted the growing move towards a cashless economy, a move signaled by the research and trials of CBDCs in countries such as China, Sweden, Japan, Britain, as well as the European Central Bank, which this summer warned countries that the tech sector may soon outpace governments if they don’t start preparing their own digital currencies.

Snowden highlighted a portion of Dr. Prasad’s article where the academic theorized that if the American economy was in dire straits, and the Federal Reserve had already shrunk the interest rate it controlled to zero, “the Fed could [then] impose a negative interest rate by gradually shrinking the electronic balances in everyone’s digital currency accounts.”

While that might work for commercial banks, Snowden sees Prasad’s piece as ominous for regular savers under a new regime of CBDCs, arguing that the currencies would be “a ‘useful policy tool’ for casually annihilating the savings of every wage-worker in the country if they don’t spend them fast enough.”

What is a Central Bank Digital Currency, you ask? Oh, you know: just a "useful policy tool" for casually annihilating the savings of every wage-worker in the country if they don't spend them fast enough. https://t.co/TAKQCEDcOX

Snowden elaborated on his CBDC fears in a blog post published a few hours later. He called CBDCs “a perversion […] of the founding principles and protocols of cryptocurrency—a cryptofascist currency, an evil twin entered into the ledgers on Opposite Day, expressly designed to deny its users the basic ownership of their money and to install the State at the mediating center of every transaction.”

Snowden started with a condensed history of money—from its humble origins as scarce pieces of precious metal mined from the earth’s bowels, tracing it to its current incarnation, often as digital figures on a banking app.

He then explained the promise of decentralized cryptocurrencies like Bitcoin and Ethereum, which offer a method of storing and trading money free from intermediaries, like banks and financial services, before suggesting that CBDCs threaten the very principles of crypto by radically re-centralizing the monetary system so that every digital penny is once more controlled by a central bank.

Some algorithmic stablecoins do just what Snowden fears—remove coins from people’s wallets to alter the total supply and the value of the coins. The difference is that these mechanisms, known as rebases, occur autonomously according to parameters set by the community, not by the central banks that Snowden distrusts.

Snowden isn’t alone in his cynicism toward CBDCs. In August, a survey of 2,500 British adults conducted by POLITICO concluded that only 24% of British adults surveyed believe that CBDCs would be a net positive for society, with 30% believing it would do more harm than good. Around three-quarters of respondents were concerned that cyberattacks would undermine a CBDC issued by the Bank of England.

The growing buzz around CBDCs shows no signs of abating, but people are clearly worried about their money being attacked, by cybercriminals or, in the case of Edward Snowden and Dr. Prasad, by their own government’s central bank.