Stacks Blows Up 57% After Bitcoin NFTs Take Off 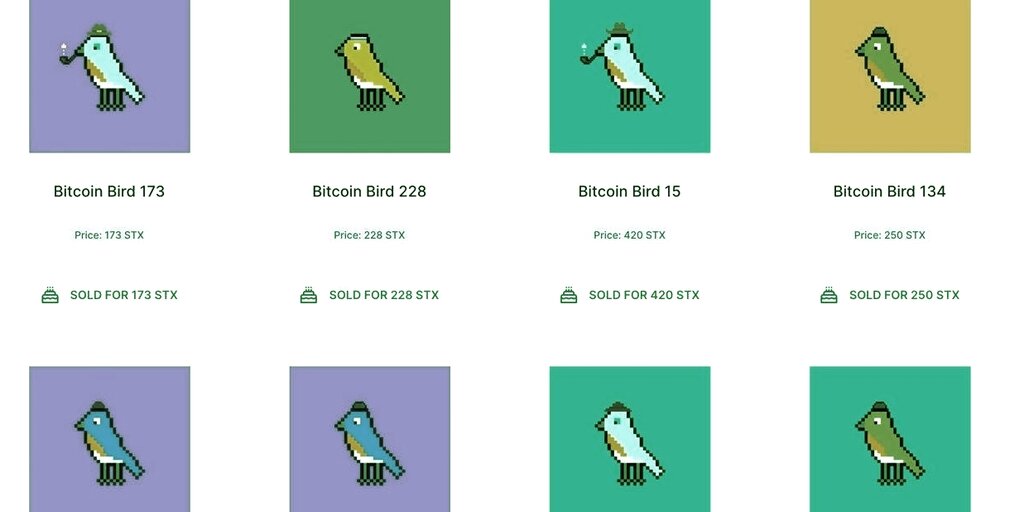 The demand for Stacks, a blockchain that combines Bitcoin with smart contracts, is soaring. The price of its STX token has risen 57% in the last 24 hours to a price of $2.3, just as its nascent NFT market picks up.

STX’s explosive price movement caused the cryptocurrency to rise thirteen places up the global market capitalization rankings. With a market cap of $2.9 billion, it’s now the 55th largest cryptocurrency in the world, according to crypto data aggregator Nomics.

The Stacks blockchain supports smart contracts, but all of its transactions are rolled up and settled on Bitcoin. Stacks founder Muneeb Ali described it to Decrypt as “Layer 1.5” last month, distinguishing it from Ethereum Layer 2 solutions like Arbitrum or Polygon.

Although Stacks’s NFT marketplace is fairly new, Bitcoin NFTs have existed for years. Before Ethereum came along, some of the first tokenized digital assets were minted and sold on Counterparty, a third-party Bitcoin protocol, as early as 2012.

There are signs that Stacks’s NFT market is rising. On Monday, 12-year-old Abraham Finley sold out of a collection of about $8,000 worth of hand-drawn pixelated Bitcoin bird NFTs in under an hour on the Stacks marketplace.

By Thursday, Bitcoin Birds became the most transacted NFT collection on Stacks, trading 16,651 STX (about $21,000) worth of tokens in 24 hours. CryptoPunks knockoff StacksPunks also performed well this week. StacksPunks has currently traded about 620,528 STX worth of tokens, or about $1.3 million.

It’s worth bearing in mind that Stacks’s NFT launches are very modest news compared with the NFT trading that happens daily on Ethereum.

In the last 24 hours, Ethereum-based game Axie Infinity traded over $20 million worth of tokens, according to NFT data aggregator CryptoSlam. Other smart contract blockchains, like Solana, Flow and Ethereum scaling solution Polygon, have also grabbed their share of the NFT boom.

Still, STX investors are clearly excited about the prospect of more Bitcoin NFTs and Bitcoin-backed decentralized finance products. A potential foothold in the booming NFT and DeFi markets is big news for all the Bitcoin maxis out there.