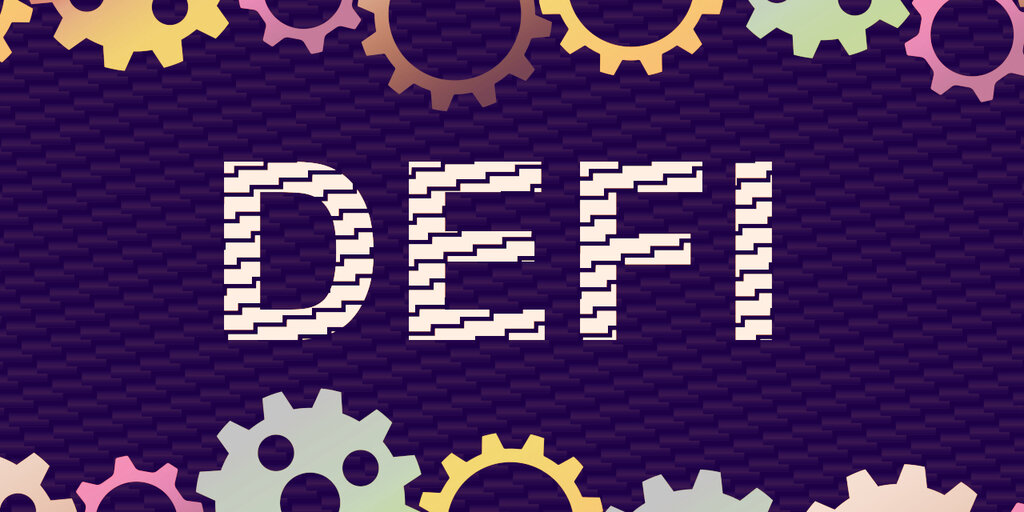 Although NFTs have sucked up most of the attention this week thanks to high volumes and splashy sales of Art Blocks and Bored Apes, decentralized finance protocols have quietly been attracting larger stores of capital.

The “total value locked” (TVL) in DeFi protocols across all blockchains hit an all-time high this week of $157 billion, according to data from DeFi Llama.

DeFi refers to blockchain-based applications that allow for a range of financial transactions, from lending and borrowing to derivatives trading and asset swaps. Though DeFi got its start on the Ethereum blockchain, which employs automated smart contracts that remove intermediaries such as banks and brokers from the process, it has since grown to other blockchains with smart contracts, the biggest being Binance Smart Chain and Solana.

When traders, investors, or speculators use a DeFi lending platform such as Aave or Compound, they deposit crypto assets they hold so that others may borrow them; in return, they get crypto rewards, which is akin to a cut of the interest. The dedicated assets constitute the total value locked, or TVL, a controversial metric some say is inflated because it counts the same assets multiple times.

Across all networks tracked by DeFi Llama, Ethereum remains the top blockchain in terms of TVL, with $114 billion locked into its various protocols. (It reached a record $117 billion on August 22.)

It’s worth noting that this is the dollar figure—but DeFi protocols don’t deal in fiat, instead creating crypto-centric economies. DeFi Llama calculates that 36 million ETH, which are worth $114 billion, are floating around in the Ethereum-based protocols. That means the surge in Ethereum’s DeFi value is at least partially connected to the rising value of ETH, which hovers above $3,200 after spending the better part of the summer under $3,000.

From Aave to Yearn: These Are DeFi’s Blue-Chip Tokens

The same goes for Binance Chain, which accounts for $19.3 billion in TVL—a third of which comes via decentralized exchange PancakeSwap, a place to find and list all manner of smaller coins and tokens. The value of Binance Chain’s native BNB has increased 65% in the last month, helping inflate the dollar figure to its highest range since May, during the waning days of the bull run.

Similarly, Solana TVL has hit an all-time high, reaching the $2.5 billion mark three times this week. Its top protocol, with 35% of the action, is decentralized exchange Raydium.

Terra blockchain, a payment platform for stablecoins, has reached above the $6 billion TVL mark for the first time, helped by a 250% price gain for its governance token, LUNA. Governance tokens permit their holders to vote on changes to the protocol, from interest rates to marketing budgets.

The Avalanche network, meanwhile, also has a surging token. But its leap from $163 million TVL to $1.84 billion can be tied to a $180 million liquidity mining program launched last week. Such programs incentivize people to lock in their crypto to get larger rewards than normal. It’s working.

Where those networks are speeding up, second-layer scaling solution Polygon is falling back. Though it still accounts for $5 billion in TVL, that’s less than 50% of its high, reached in June. In the last month or so, it’s lost half of the ETH committed to the network. Polygon, which is built atop Ethereum, aims to take the pressure off of the network, known for sluggish network speeds and exorbitant transaction fees during periods of high use.

In a troubling sign for Polygon, the latest numbers show that DeFi traders are increasingly willing to do their business outside of Ethereum altogether, if the price is right.