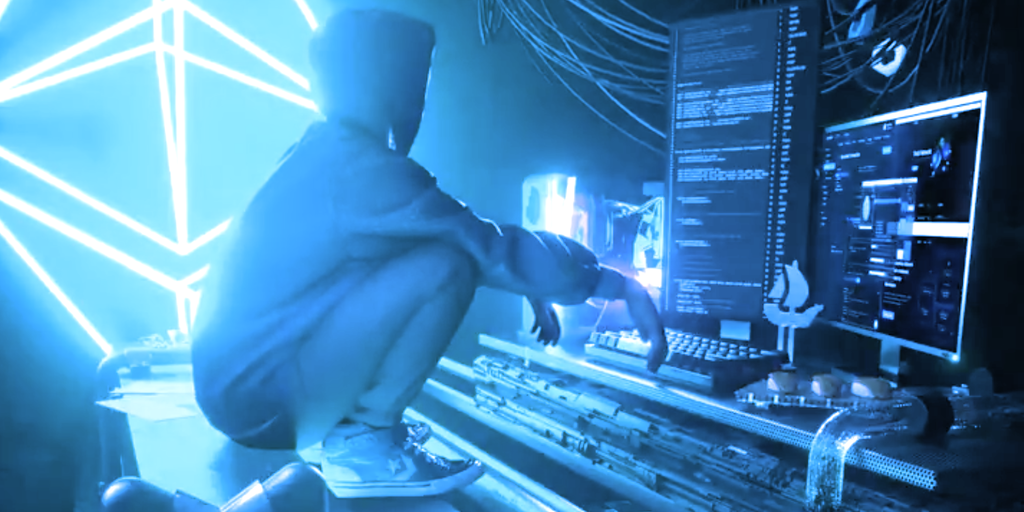 U.S. Senator Elizabeth Warren struck a nerve within the crypto community last month when she described blockchain developers as “a shadowy, faceless group of super-coders and miners.” Now, one project has adopted the moniker to try and encourage even more NFT creation with a barrage of perks and incentives for Ethereum developers.

The Shadowy Super Coder NFT Pack is the creation of Project Galaxy, a startup that builds infrastructure for creating and distributing NFTs, such as for loyalty programs. The firm has teamed up with an array of projects across the space to give away $315 million total worth of benefits—such as subscriptions, tools, and transaction cost rebates—to more than 110,000 Ethereum developers who meet certain criteria.

“Senator Warren came up with a brilliant name,” Project Galaxy co-founder Harry Zhang told Decrypt. “Initially, we just wanted to design and reward this special Shadowy Super Coder NFT to all of those who contributed to this amazing ecosystem, but we then realized we can help the developers by recreating something similar to the GitHub education pack.”

We've partnered with @ProjectGalaxyHQ and the best vendors out there to create a definite hacker survival toolkit for aspiring #shadowysupercoder.

If you ever deployed a contract, get yours now.https://t.co/R1egcrTNp0 pic.twitter.com/Ef5Yl1jrDv

Polygon, a leading layer-2 scaling solution for Ethereum, is offering 20,000 transactions to each eligible developer without charging gas fees (via rebate), while blockchain development platform Alchemy provides a pack of benefits including a free trial and discounts. Another notable name on the list, Gitcoin, will give 50 GTC—its native token—to eligible developers that join its decentralized autonomous organization (DAO).

That’s just a sampling of the benefits available to developers in the pack, which also includes contributions from other blockchain and development-centric projects such as Tenderly, Ankr, OneKey, Torus, QuickNode, PARSIQ, and Curvegrid. And yes, there’s also a limited-edition NFT collectible included in the pack for developers to keep.

“The crypto community immediately rallied around the idea, and we had overwhelming interest in participation from various partners,” said Zhang. “We are proud to support the builders that make it possible for the rest of the world to stand on the shoulders of giants.”

According to Project Galaxy’s post, more than 110,000 Ethereum developers are eligible to claim the Shadowy Super Coder drop for free. Any Ethereum address that deployed a smart contract by August 1, 2021—and had that contract interact with at least two different addresses—can claim the package of benefits. A smart contract is a bit of code that performs set instructions, and is the heart of decentralized applications, DeFi, and NFT collectibles.

DeFi refers to a group of decentralized financial products that allow their users to trade, borrow, and loan crypto assets without a third-party intermediary, like a bank. And an NFT is essentially a blockchain-backed receipt that proves ownership of a digital item, and it can be tied to images, video files, interactive video game items, and quite a bit more.

The NFT market ballooned in early 2021, generating $2.5 billion worth of trading volume in the first half of the year.