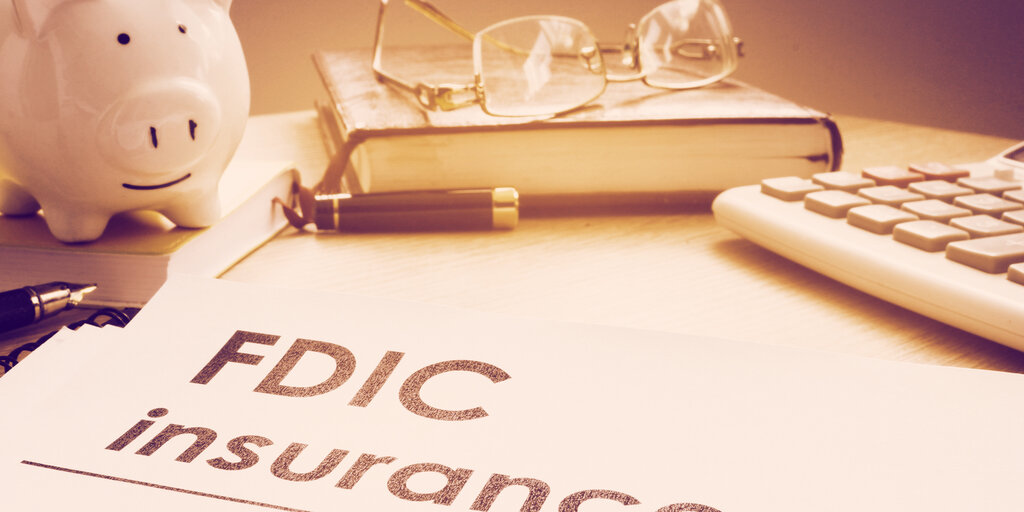 When a bank fails anywhere in the U.S., the federal agency known as the Federal Deposit Insurance Corporation rushes in to backstop depositors and clean up the mess—a task that includes liquidating the bank’s loans and other assets. Now, in a sign of the times, the FDIC is close to hiring a cryptocurrency custodian to help it out.

According to a source with knowledge of the deal, the federal agency is set to hire San Francisco-based Anchorage to help it store and sell any Bitcoin and other digital assets it obtains in the course of a bank failure. The source, who was not authorized to speak for attribution, said the company and the FDIC are in the final stages of signing a contract.

Earlier this year, the Justice Department hired Anchorage to help the U.S. Marshalls Service, which is responsible for storing and auctioning the goods seized by the FBI, the DEA and other law enforcement agencies. Anchorage, which became the first crypto company to obtain a federal bank charter early this year, also provides custody services to the likes of Visa and big banks.

Anchorage and the FDIC declined to comment on the matter.

A decision by the FDIC to hire a crypto custodian would not be surprising given how a growing number of banks are exposed to cryptocurrency—either directly by holding it on their balance sheet, or indirectly by facilitating customers’ ability to acquire. Crypto is also becoming widely used as loan collateral, which is likely to become another way the traditional financial industry becomes entwined with digital assets.

All of this reflects how the banking system—and the federal regulators that oversee it—is becoming evermore connected with the crypto industry, even as they profess skepticism about many aspects of digital currency.

It remains to be seen if the FDIC will contemplate investor protection to those who store their digital assets with services like Coinbase or Gemini—crypto companies that are coming in many ways to resemble traditional banks. Right now, that protection amounts to deposit insurance worth $250,000 on a narrow range of products such as checking and savings accounts, and certificates of deposits.

The FDIC’s backstop is funded by deposit insurance paid by the banks, and is something to which mainstream crypto companies would like contribute in exchange for having the agency’s guarantee—a guarantee that could persuade even more retail investors into crypto.

Not everyone, however, believes an FDIC backstop is as valuable as it used to be. Speaking at Decrypt’s Ethereal conference earlier this year, wealth management mogul and crypto booster Ross Gerber blasted the agency.

“The FDIC doesn’t exist. That’s a fucking fantasy. Rule number one: Any promise the U.S. government makes is a fantasy. We don’t have any money, we have a trillion in debt,” said Gerber.

“So if the banks go under, if JP Morgan goes under, FDIC covers 0% of it. We saw this happen. It’s just a fallacy. The banks are the worst-run institutions in America. To think that that’s some level of safety with your money is the biggest fallacy I’ve ever heard,” he said.