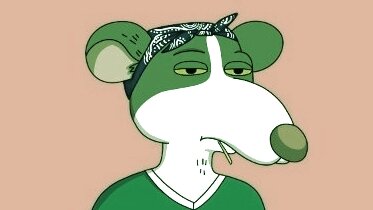 Blink and you might miss it. Today, the second-most traded NFTs are something called Gutter Passes, a kind of “buy now collect later” voucher for an upcoming series of NFTs.

The project has already accomplished 4,002 ETH in trading volume since it was deployed 20 hours ago, according to data analytics site Nansen.

Owning a Gutter Pass entitles you to mint the third and fourth Gutter Species. The first was Gutter Cats, and the second was Gutter Rats.

Both hail from a post-post-apocalyptic society where cats have taken over. Here’s how the OpenSea listing describes the project:

“The year is 2050. Humans are an interplanetary species and have all but abandoned the post-apocalyptic shatters of society on earth. Cats have taken over. One crime-ridden, nondescript inner city is inhabited by a group of cats collectively known as the Gutter Cats.”

Beyond the lore, the Gutter Cats function as (yet another) avatar project, similar to CryptoPunks and The Bored Ape Yacht Club. Precisely 3,000 cats were released to the public in June, and they sold out in under ten minutes. The floor price for a Gutter Cat is now 5 ETH ($19,737).

Next came the Gutter Rats. Here’s how they’re described:

“Far underground, in the bowels of the Autonomous Zone, the Gutter Rats roam, sustaining themselves on the decaying crumbs of the extravagant lifestyles above. Discontent with their subservient position in the Gutter, the conniving rats lie in wait, scheming to one day claim the throne from the Gutter Cat Gang.”

In contrast, the Gutter Species sale is an investment in something that hasn’t been created yet.

“I think this mintpass is a plan by the team to keep us guessing what the two species are so they can make the best choice that everyone will love lol,” wrote Gutter Burrito, a member of the Gutter Cat Gang Discord.

Some are already beginning to wonder if this kind of product contains the more insidious elements of the ICO craze of 2017, where investors were encouraged to buy things that weren’t created yet. Others don’t care, since the ICO boom of 2017 made a lot of people very rich.

Reminds me of the ICO days back in 2017. Only the best will succeed! Good luck to all NFT Project rights now. Some will make it, some wont. Innovate and keep building with your community!

What’s interesting about the recent spate of NFT avatar projects is how, like ICOs, they have quickly converged on similar economic models. For NFT avatar projects, it’s a rare exclusive mint, then sister and derivative projects for anyone who missed out.

It’s also becoming clear that the value of the investment is increasingly dependent on the founders’ ability to build a genuine community around their NFTs: one that’s lucrative enough to turn heads but attracts members who aren’t just looking to flip the next big viral project.

Will Gutter Gang manage to pull it off, or will the rats stay in the gutter?